Have you hear of Elizabeth Warren. In this magnificent op-ed, she writes, “The failure to adequately punish big corporations or their executives when they break the law undermines the foundations of this great country. Justice cannot mean a prison sentence for a teenager who steals a car, but nothing more than a sideways glance at a C.E.O. who quietly engineers the theft of billions of dollars.”

“Voters have the chance to choose one of the most broadly and deeply qualified presidential candidates in modern history.” 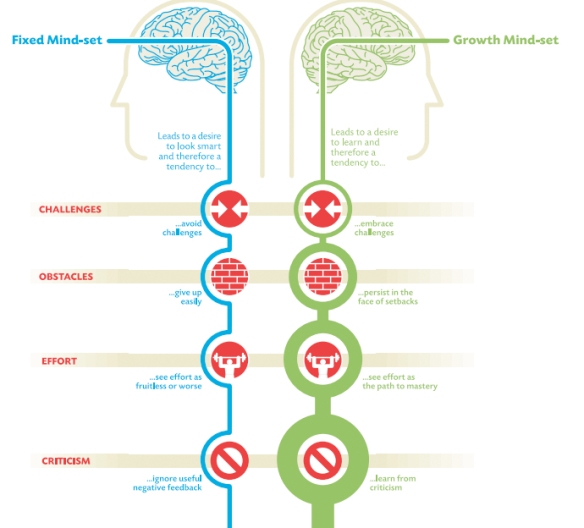 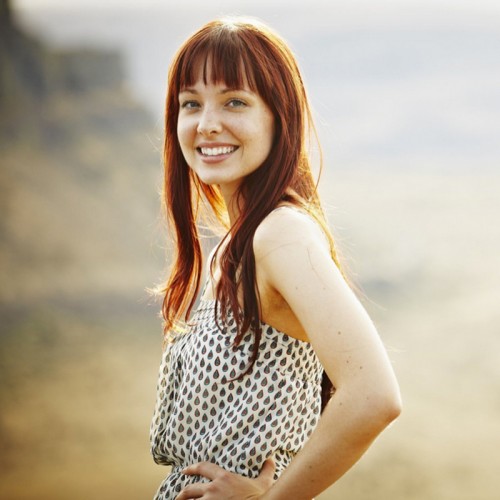 “When it comes to success, it’s easy to think that people blessed with brains are inevitably going to leave the rest of us in the dust. But new research from Stanford University will change your mind (and your attitude).Psychologist Carol Dweck has spent her entire career studying attitude and performance, and her latest study shows that your attitude is a better predictor of your success than your IQ.Dweck found that people’s core attitudes fall into one of two categories: a fixed mindset or a growth mindset.With a fixed mindset, you believe you are who you are and you cannot change. This creates problems when you’re challenged because anything that appears to be more than you can handle is bound to make you feel hopeless and overwhelmed.People with a growth mindset believe that they can improve with effort. They outperform those with a fixed mindset, even when they have a lower IQ, because they embrace challenges, treating them as opportunities to learn something new.”

Source: Why Attitude Is More Important Than IQ – Forbes

This is one of the most important new pieces of information I’ve learned in a long time.
Here is Steve Rattner explaining globalization’s downside.

“A FEW days ago, I visited the shiny headquarters of the Peterson Institute for International Economics on “think tank row” in Washington — basically, the locker room of the Team Globalization and Free Trade cheering squad.

I was there to take part in a discussion of an old friend’s outstanding book on the subject, Steven R. Weisman’s “The Great Tradeoff: Confronting Moral Conflicts in the Era of Globalization.”

After praising Steve’s book, I emphasized that I had paid attention in economics class and understood that globalization incontrovertibly has benefited not only the world but also the United States. That’s in part because trade permits Americans to buy goods at lower prices; the added purchasing power helps our economy expand faster.

But I soon pivoted to my experience working in the Obama administration on the auto rescue, an experience that had seared into me the sense that intermingled among the many winners from globalization were a substantial number of losers.

So far, so good. Then I went rogue and uttered two blasphemous words: “Ross Perot.” He had a point, I said heretically, when he campaigned in 1992 against the landmark North American Free Trade Agreement, saying that it would result in a “giant sucking sound” of jobs headed south to Mexico.

A cool breeze drifted toward me.”

What’s Our Duty to the People Globalization Leaves Behind?
Globalized trade has been a huge success, but that doesn’t absolve us from the moral imperative of helping those left behind.
nytimes.com|By Steven Rattner

“One after the other, investigations of Planned Parenthood prompted by hidden-camera videos released last summer have found no evidence of wrongdoing. On Monday, a grand jury in Harris County, Tex., went a step further. Though it was convened to investigate Planned Parenthood, it indicted two members of the group that made the videos instead.The Harris County prosecutor, Devon Anderson, a Republican who was asked by the lieutenant governor, a strident opponent of Planned Parenthood, to open the criminal investigation, said on Monday that the grand jurors had cleared Planned Parenthood of any misconduct.Yet despite all the evidence, Texas’ Republican governor, Greg Abbott, said on Monday that the state attorney general’s office and the State Health and Human Services Commission would continue investigating Planned Parenthood. This is a purely political campaign of intimidation and persecution meant to destroy an organization whose mission to serve women’s health care needs the governor abhors.”

“Let’s get this out of the way first: Despite what you may have heard, the iPhone is not dying. Neither, by extension, is Apple.It’s true that in an earnings report on Tuesday, after weeks of speculation by Wall Street that iPhone sales would finally hit a peak, Apple confirmed the news: IPhone sales grew at their lowest-ever rate in the last quarter. And the company projected total sales of as much as $53 billion in the current quarter that ends in March, which would be a decline of 8.6 percent from last year and Apple’s first revenue drop in more than a decade.But if Apple is now hitting a plateau, it’s important to remember that it’s one of the loftiest plateaus in the history of business. The $18.4 billion profit that Apple reported on Tuesday is the most ever earned by any company in a single quarter.It’s necessary to start with these caveats because people have a tendency to react strongly, almost apoplectically, to any suggestion of weakness on Apple’s part. Like pickles, cilantro and Ted Cruz, Apple inspires extreme opinion. The doubters are now ascendant. Apple’s share price has fallen more than 11 percent over the last year, in stark contrast to gains by the other four American tech giants.”

Source: No Need to Fret, Apple Is Doing Fine – The New York Times 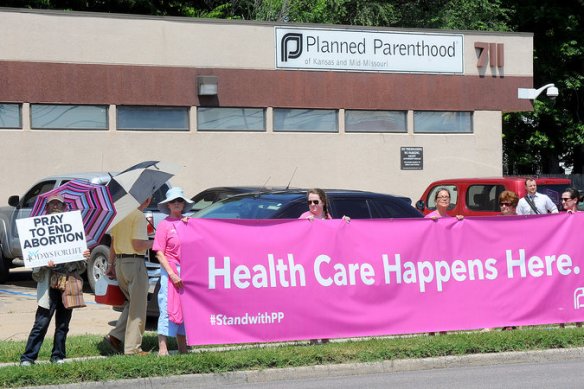 “WASHINGTON — A grand jury’s indictment on Monday of two abortion opponents who covertly recorded Planned Parenthood officials is the latest, most startling sign that a Republican campaign against the group has run into trouble.In a dozen states including Texas, where the grand jury in Houston examined Planned Parenthood at the request of Republican officials but ended up indicting the opponents, various investigations have concluded without finding any wrongdoing by affiliates of the group. Eight states have declined to investigate since videos began surfacing in June alleging that Planned Parenthood illegally sells tissue from aborted fetuses.”

According to David Axelrod, each new cadidate has strengths to make up for perceived deficits in the sitting president. He writes:

“In late 2006, when Barack Obama was a first-term senator pondering a long-shot race for the presidency, he asked me to write a strategic memo exploring his prospects. My bullish analysis was predicated on several factors, but rooted in a theory I had developed over decades as a political writer and campaign consultant.Here’s the gist. Open-seat presidential elections are shaped by perceptions of the style and personality of the outgoing incumbent. Voters rarely seek the replica of what they have. They almost always seek the remedy, the candidate who has the personal qualities the public finds lacking in the departing executive.A young, energetic John F. Kennedy succeeded the grandfatherly, somnolent Dwight D. Eisenhower, promising “a new generation of leadership.” In a slight variation, a puritanical Jimmy Carter, offering “a government as good as its people,” defeated the unelected incumbent Gerald R. Ford, who bore the burden of the morally bankrupt Nixon era.”

Source: The Obama Theory of Trump – The New York Times 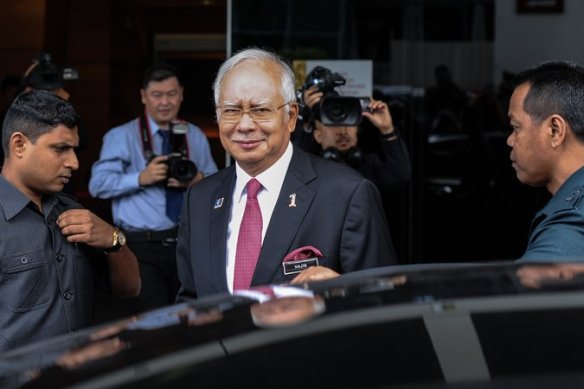 BANGKOK — Malaysia’s attorney general said on Tuesday that he had closed an investigation into transfers of hundreds of millions of dollars into Prime Minister Najib Razak’s personal bank accounts because no laws had been broken.

So far, most of the comments after this NYT piece I’ve read support Bernie. I still support Hillary Clinton for a host of reasons, one of which is, Ross Douthat and the Republican party are supporting Bernie Sanders. The Republican super pacs are supporting Bernie with TV ads in Iowa according to the NYT. The Republicans would love to face Bernie, the democratic SOCIALIST, instead of Hillary Clinton, the former First Lady in charge of health care reform, US Senator, and Secretary of State. President Obama’s greatest accomplishments have been in foreign policy, and that is due in part to Hillary Clinton’s extraordinary work and leadership. On women’s issues and gun safety, and health care reform she had been an exemplary and proven leader. Both of these candidates are excellent, and inspiring. Neither will have much success if we do not take back the Senate and the House, and while in power, undo the gerrymandering and unlimited campaign financing that is ruining g our democracy.

“Although Bernie Sanders has electability issues, the Clinton campaign has made mistakes that give him a better chance at the nomination.”