“Let’s get this out of the way first: Despite what you may have heard, the iPhone is not dying. Neither, by extension, is Apple.It’s true that in an earnings report on Tuesday, after weeks of speculation by Wall Street that iPhone sales would finally hit a peak, Apple confirmed the news: IPhone sales grew at their lowest-ever rate in the last quarter. And the company projected total sales of as much as $53 billion in the current quarter that ends in March, which would be a decline of 8.6 percent from last year and Apple’s first revenue drop in more than a decade.But if Apple is now hitting a plateau, it’s important to remember that it’s one of the loftiest plateaus in the history of business. The $18.4 billion profit that Apple reported on Tuesday is the most ever earned by any company in a single quarter.It’s necessary to start with these caveats because people have a tendency to react strongly, almost apoplectically, to any suggestion of weakness on Apple’s part. Like pickles, cilantro and Ted Cruz, Apple inspires extreme opinion. The doubters are now ascendant. Apple’s share price has fallen more than 11 percent over the last year, in stark contrast to gains by the other four American tech giants.” 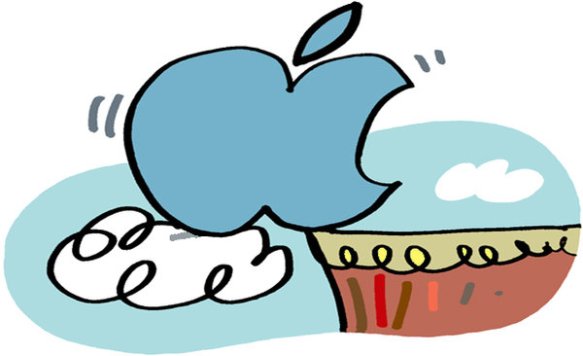 Source: No Need to Fret, Apple Is Doing Fine – The New York Times