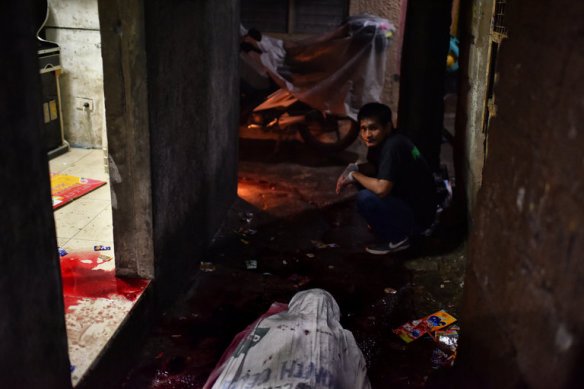 “MANILA — Even amid the slaughter of President Rodrigo Duterte’s war on drugs, the killings of Renato and Jaypee Bertes stand out.

The Bertes men, father and son, shared a tiny, concrete room with six other people in a metropolitan Manila slum, working odd jobs when they could find them. Both smoked shabu, a cheap form of methamphetamine that has become a scourge in the Philippines. Sometimes Jaypee Bertes sold it in small amounts, relatives said.

So it was unsurprising when the police raided their room last month.They were arrested and taken to a police station where, investigators say, they were severely beaten, then shot to death.The police said the two had tried to escape by seizing an officer’s gun. But a forensic examination found that the men had been incapacitated by the beatings before they were shot; Jaypee Bertes had a broken right arm.”