“Leaders on the Democratic left who want to represent the have-nots face an obstacle: their own voters.

Keith Ellison, a congressman from Minnesota and a candidate for the chairmanship of the Democratic National Committee, argues that Democrats “have to stand for a strong, populist economic message.” ”

Great piece Tom Edsall, thank you.
I do not dispute your reports, they are eye opening.
Yes, and, let’s not forget that the Republicans spent 8 years not allowing Obama to take care of these people with more stimulus, jobs programs and development plans.
Let me tell you about new business, condos for sale in Canada…….

“Okay, so you already like the EPA.Yet are you at a loss to tell other people why you like the EPA?I find this piece helpful in articulating my story about what is good about our federal EPA, so I can be clear with folks who are less proud of it than I am.And I appreciate a little help with my story-telling! How about you?   Enjoy!”

It keeps a lot of dangerous stuff from being dumped in our air, water, and land.

Magnificent review of the benefits of the EPA. 1–2.Cleaner air and water. 3-4. Cleaner land: regulation of pesticides and hazardous wastes. 5. Climate protection: just dumping pollution of any kind isn’t safe anymore. Thank you Richard Nixon and the GOP for the EPA!

“How do Fuel Cells Work?Fuel cells produce energy electrochemically — without combusting the fuelDFC-schematic_smFuel cells cleanly and efficiently convert chemical energy from hydrogen-rich fuels into electrical power and usable high quality heat in an electrochemical process that is virtually absent of pollutants.

Similar to a battery, a fuel cell is comprised of many individual cells that are grouped together to form a fuel cell stack. Each individual cell contains an anode, a cathode and an electrolyte layer. When a hydrogen-rich fuel such as clean natural gas or renewable biogas enters the fuel cell stack, it reacts electrochemically with oxygen (i.e. ambient air) to produce electric current, heat and water. While a typical battery has a fixed supply of energy, fuel cells continuously generate electricity as long as fuel is supplied.” 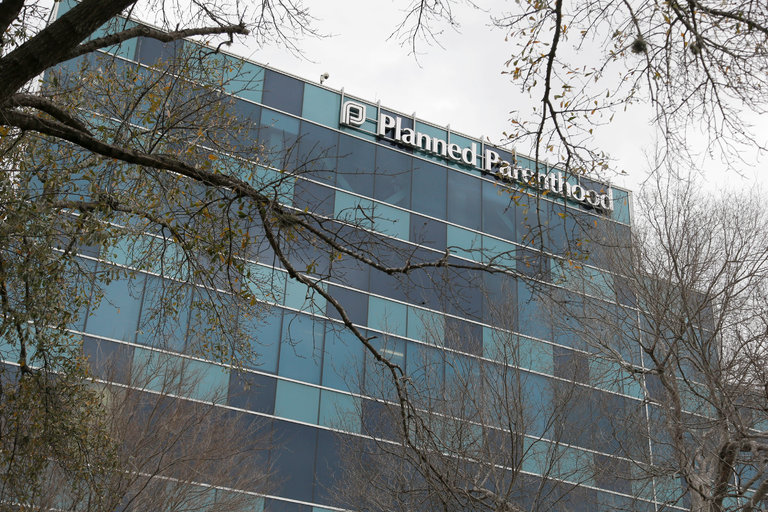 “In a critical step in a longstanding fight, Texas formally said on Tuesday that it was ending Medicaid funding of Planned Parenthood, a move the group said could affect 11,000 patients.

The office of inspector general for the Texas Health and Human Services Commission issued a final notice terminating Planned Parenthood’s enrollment in the state-funded health care system for the poor. If it is not stopped, the termination will be effective in 30 days.

Planned Parenthood officials said on Tuesday night that they would continue to provide birth control, cancer screenings, H.I.V. tests and other care to Medicaid patients and seek an injunction in federal court to stop the state. The group sued the state in 2015 after a preliminary notice was filed, but the court case has lingered pending further action by the state.”

“When Facebook bought WhatsApp for more than $19 billion in 2014, Jan Koum, a founder of the messaging company, arranged to sign a part of the deal outside the suburban social services center where he had once waited in line to collect food stamps.

Mr. Koum, like many in the tech industry, is an immigrant. He was a teenager when he and his mother moved to the San Francisco Bay Area in the early 1990s, in part to escape the anti-Semitic tide then sweeping his native Ukraine. As Mr. Koum later told Forbes, his mother worked as a babysitter and swept floors at a grocery store to survive in the new country; when she was found to have cancer, the family lived off her disability payments.

“President Obama announced on Tuesday what he called a permanent ban on offshore oil and gas drilling along wide areas of the Arctic and the Atlantic Seaboard as he tried to nail down an environmental legacy that cannot quickly be reversed by Donald J. Trump.

Mr. Obama invoked an obscure provision of a 1953 law, the Outer Continental Shelf Lands Act, which he said gives him the authority to act unilaterally. While some presidents have used that law to temporarily protect smaller portions of federal waters, Mr. Obama’s declaration of a permanent drilling ban on portions of the ocean floor from Virginia to Maine and along much of Alaska’s coast is breaking new ground. The declaration’s fate will almost certainly be decided by the federal courts.”

Here is one of many supporting comments: Edna Boston 10 hours ago

“Please, please, please, President Obama, sit Merrick Garland on the Supreme Court during the interval between congresses. His nomination should have proceeded normally, and that it didn’t is a travesty.
Garland probably won’t remain on the court for long, but it’s the principle of the thing that counts.”

BEIJING — Only a day before a small Chinese boat sidled up to a United States Navy research vessel in waters off the Philippines and audaciously seized an underwater drone from American sailors, the commander of United States military operations in the region told an audience in Australia that America had a winning military formula.“Capability times resolve times signaling equals deterrence,” Adm. Harry B. Harris Jr. told a blue-chip crowd of diplomats and analysts at the prestigious Lowy Institute in Sydney, the leading city in America’s closest ally in the region.

“The incoming Trump administration appears determined to reverse much of what President Obama has tried to achieve on climate and environment policy.

In position papers, agency questionnaires and the résumés of incoming senior officials, the direction is clear — an about-face from eight years of policies designed to reduce climate-altering emissions and address the effects of a warming planet. The Republican-led Congress appears to welcome many of these changes.

But mayors and governors — many of them in states that supported President-elect Donald J. Trump — say they are equally determined to continue the policies and plans they have already adopted to address climate change and related environmental damage, regardless of what they see from Washington.’