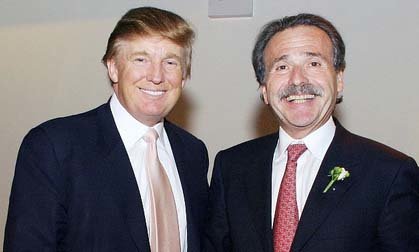 “In July, David J. Pecker, the chairman of the company that owns The National Enquirer, visited his old friend President Trump at the White House.

The tabloid publisher took along a special guest, Kacy Grine, a French businessman who advises one of Saudi Arabia’s richest men and sometimes acts as an intermediary between Saudi Crown Prince Mohammed bin Salman and Western businesses.The two men and other Pecker associates chatted with the president in the Oval Office and briefly met with Mr. Trump’s son-in-law and Middle East envoy, Jared Kushner. Before moving on to dinner with the group, the president had a photographer snap pictures of the guests standing with him behind his desk.

Mr. Pecker has long used his media empire to protect Mr. Trump’s image. During the 2016 presidential campaign, Mr. Pecker’s company, American Media Inc., suppressed the story of a former Playboy model who claimed to have had an affair with Mr. Trump.The night of the dinner, Mr. Pecker got something from Mr. Trump: an unofficial seal of approval from the White House.”

Ouch. I can’t wash this dirt off my hands, it won’t come off.  Yes to this article. Here is one of many comments I recommended:

So Pecker buys the Stormy Daniels story and doesn’t print it thereby covering for Trump. In return, Trump hooks Pecker up with Saudi investors. I’ll bet Pecker would have done the same thing if the story were about Obama. Right?

Trump repeatedly told us he’d drain the swamp; instead he’s filled it with the shadiest, sleaziest, most corrupt collection Washington, D.C. has ever seen. The Republican Congress thinks everything is just fine. Please leave our boss alone so we can go back to work tearing down protections for the poor, minorities, the environment, women, the 99%, public education, victims of the N.R.A., etc. As Ryan has repeatedly told us, Trump is new to the job; we need to give him time to “get adjusted.” In 2018 and 2020 we need to tell the Republican Party that their brand is destroying America.