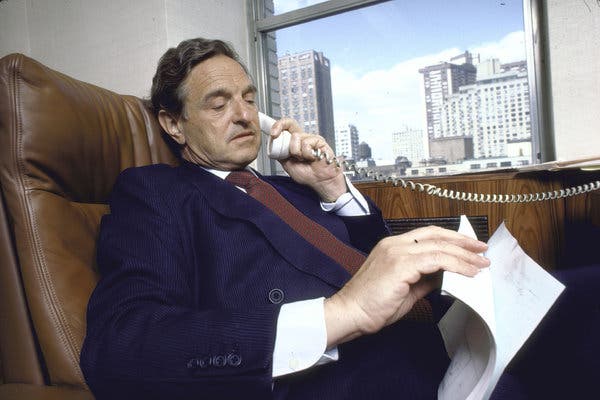 WASHINGTON — Hours after he was informed last week that an explosive device had been delivered to his suburban New York home, George Soros, the billionaire investor and Democratic donor, got on a call with colleagues to discuss yet another threat: the authoritarian Hungarian government’s crackdown on a university he had founded.

The attempted attack in New York — subsequently determined to have been part of a wave of pipe bombs targeting prominent critics of President Trump — did not come up. But it was no coincidence that Mr. Soros would be facing intense opposition and threats at the same moment in two countries thousands of miles apart.

On both sides of the Atlantic, a loose network of activists and political figures on the right have spent years seeking to cast Mr. Soros not just as a well-heeled political opponent but also as the personification of all they detest. Employing barely coded anti-Semitism, they have built a warped portrayal of him as the mastermind of a “globalist” movement, a left-wing radical who would undermine the established order and a proponent of diluting the white, Christian nature of their societies through immigration.

Yes and thank you. Here are some of my favorite comments.

For me as a decendant of holocaust survivors the vilification of George Soros as “globalist” sounds like an uncanny relaunch of the “Jewish world conspiracy” coined by the Nazis in the 1930s. 80 years after Kristallnacht, all decent people should stand up against this disastrous development.

If there are violent lunatics among progressives as well as among so called conservatives, then why aren’t they attacking and demonizing Sheldon Adelson? Why aren’t his casinos being shut down? Why hasn’t someone sabotaged his Rascal scooter? Why? Because a tree shall be known by it’s fruit, and Trump’s fruit is poison.

Lou Dobbs….Dinesh …Steve King…Sean Hannity….Tucker Carlson….the whole lot couldn’t sit on the end of the bench of George Soros’ team. His stance on the Iraq War alone shows how astute he was compared to the aforementioned dullards…. One day history will judge this period as the second coming of “no-nothingism”.