By Patrick Adams
Mr. Adams is a journalist who reports on solutions to social problems.

Gorongosa National Park in Mozambique is a rare success story. The number of large mammals there has increased more than 700 percent over the past decade. 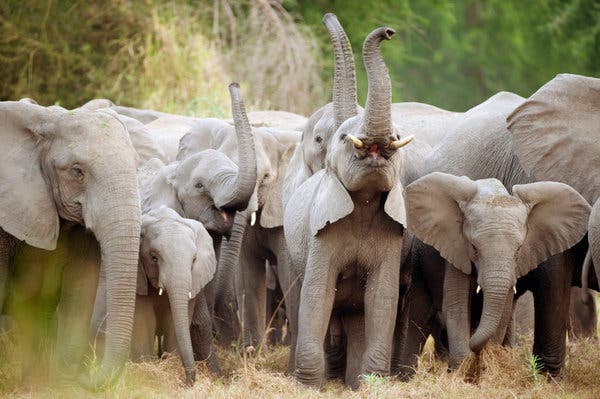 Image: CreditCreditChristopher Scott/Gallo Images, via Getty Images
The earth’s sixth mass extinction, scientists warn, is now well underway.Worldwide, wildlife populations are plummeting at astonishing rates, and the trend is perhaps most starkly evident in Africa’s protected areas — the parks, game reserves and sanctuaries home to many of the world’s most charismatic species.

Between 1970 and 2005, national parks in Africa saw an average decline of 59 percent in the populations of dozens of large mammals, among them lions, zebras, elephants and giraffes. In at least a dozen parks, the losses exceeded 85 percent.

One of those was Gorongosa National Park, an area roughly the size of Rhode Island, in central Mozambique.

Once a premier safari destination, Gorongosa suffered through a brutal 16-year civil war. When the fighting finally ended in 1992, the park was a shambles: More than 95 percent of its large mammals had been wiped out — slaughtered for food and the purchase of arms. Abandoned for another decade, it might well have gone the way of so many other protected areas: downgraded and downsized, converted to cropland or opened to mining.