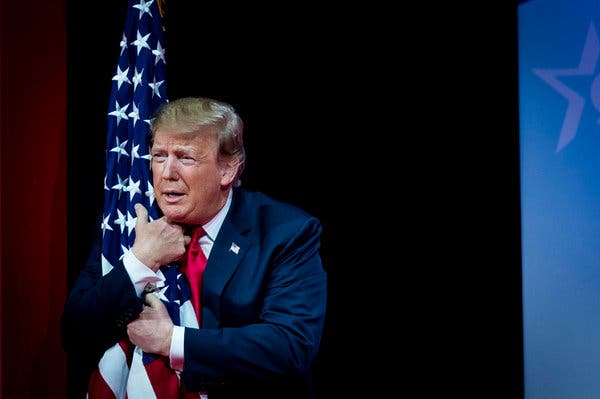 President Trump’s trade belligerence has done lasting damage to America’s reputation.CreditCreditPete Marovich for The New York Times
This is the way the trade war ends. Not with a bang but with empty bombast.

“According to multiple news organizations, the U.S. and China are close to a deal that would effectively end trade hostilities. Under the reported deal, America would remove most of the tariffs it imposed last year. China, for its part, would end its retaliatory tariffs, make some changes to its investment and competition policies and direct state enterprises to buy specified amounts of U.S. agricultural and energy products.

The Trump administration will, of course, trumpet the deal as a triumph. In reality, however, it’s much ado about nothing much.

As described, the deal would do little to address real complaints about Chinese policy, which mainly involve China’s systematic expropriation of intellectual property. Nor would it do much to address Donald Trump’s pet although misguided peeve, the imbalance in U.S.-China trade. Basically, Trump will have backed down.

If this is the story, it will repeat what we saw on the North American Free Trade Agreement, which Trump denounced as the “worst trade deal ever made.” In the end, what Trump negotiated — the U.S. Mexico Canada Agreement, or U.S.M.C.A. — was very similar to the previous status quo. Trade experts I know, when not referring to it as the Village People agreement, call it “Nafta 0.8”: fundamentally the same as Nafta, but a bit worse.”

via Opinion | America the Cowardly Bully – The New York Times