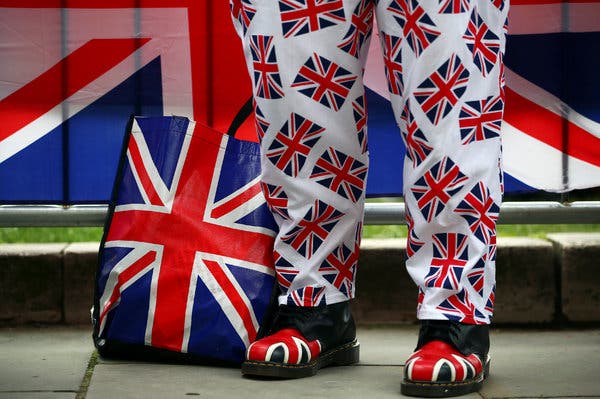 I have tried repeadedly to figure out the Brexit movement, I why the Brits didn’t just undo the terrible decision. Here is an op-ed that  sheds light, on a complicate subject. His piece ends:

“I believe now that a subliminal empire does persist in the dreaming of a large number of Britons, hinted at in a longing for the return of guilt-free racial categorization, in the idea that my country can be both globally open and privileged in an international trading system where it can somehow turn the rules to its advantage, in the idea of a safe white core protected from the dark hordes beyond by a mighty armed force.

How could this dreaming have survived so long after the fall of the actual empire? One answer may lie in the matchless political skills of Margaret Thatcher. She achieved the extraordinary feat of turning into political orthodoxy a plainly contradictory credo, that nationalism and borderless capitalism could easily coexist. The reality of the new Britain has been a shrunken welfare state, a country ruthlessly exposed to global free-market competition. The blindness of Thatcherism’s supporters has been to accept it as the patriotic solution to the globalism it enabled.

This idea, which begins to make sense only if your country happens to control a global empire, came from someone whose childhood dream was to be an official in the Indian Civil Service. It has been orthodoxy for four decades, not just in her own party but for a time, at least, in the main opposition. The bizarre and already disproved notion that the global free market might work as an avatar of Britain’s imperial power lies at the heart of the die-hard Brexit psyche. Propagating it was Mrs. Thatcher’s personal success, and that success, as we can now see, was her great failure.”

It is important to understand what drove Brexit When the EU was enlarged to include Poland (wages 1/4 of France), Bulgaria (even lower) , Romania (yet lower) factories closed in high wage EU countries (UK, France) and moved East. A famous case study is that of the Whirlpool factory in Amiens , (labour cost Euro 35/hr) moving to Poland (Euro 7.80/hr) that nearly derailed the campaign of Mr. Macron. That is, wages moved to the EU average. That is they fell (in real term) in high wage countries and rose in low wage countries. Welcome in Poland (that however turned less democratic) and it was not welcome by the working population in Western Europe. Concurrently, under the EU policy of free movement, Polish plumbers willing to work for less , moved to London, putting British plumbers out of work. This was welcome by the British elite, that now could their plumbing in their Victorian Townhouse repaired cheaper and promptly, but not by British plumbers. Eventually, the lower middle class revolted (as we see in France with the gillets jaunes, and in the US with Trump voters) But the fault lies not with the lower middle class. The fault lies with the educated elite that should have foreseen the political consequences and installed a system of transfer payments from the elites (winners) to workers that lost good jobs) That a) would have helped UK workers and farmers, and b) would have lessened the increasing inequality that, lies at the bottom of all