By David Gelles and Emily Steel

“FAYETTEVILLE, N.C. — One humid day this summer, Brian Long, a senior executive at the chemical company Chemours, took a reporter on a tour of the Fayetteville Works factory.

Mr. Long showed off the plant’s new antipollution technologies, designed to stop a chemical called GenX from pouring into the Cape Fear River, escaping into the air and seeping into the ground water.

There was a new high-tech filtration system. And a new thermal oxidizer, which heats waste to 2,000 degrees. And an underground wall — still under construction — to keep the chemicals out of the river. And more. 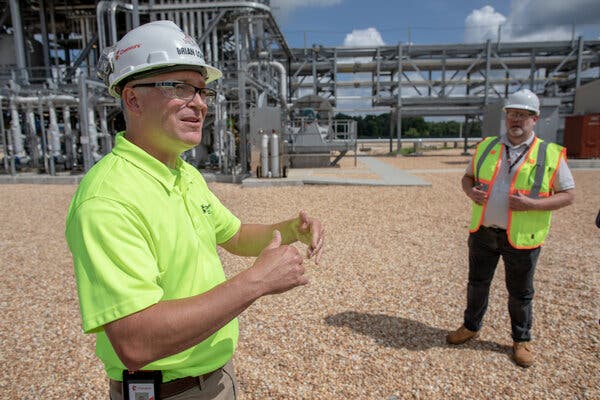 Yet weeks later, North Carolina officials announced that Chemours had exceeded limits on how much GenX its Fayetteville factory was emitting. This month, the state fined the company $300,000 for the violations — the second time this year the company has been penalized by the state’s environmental regulator.

GenX is part of a family of chemicals called per- and polyfluoroalkyl substances, or PFAS. They allow everyday items — frying pans, rain jackets, face masks, pizza boxes — to repel water, grease and stains. Exposure to the chemicals has been linked to cancer and other serious health problems.

To avoid responsibility for what many experts believe is a public health crisis, leading chemical companies like Chemours, DuPont and 3M have deployed a potent mix of tactics.

They have used public charm offensives to persuade regulators and lawmakers to back off. They have engineered complex corporate transactions to shield themselves from legal liability. And they have rolled out a conveyor belt of scantly tested substitute chemicals that sometimes turn out to be just as dangerous as their predecessors.”