“In June a statistic floated across my desk that startled me. In 2020, the number of miles Americans drove fell 13 percent because of the pandemic, but the number of traffic deaths rose 7 percent.

I couldn’t figure it out. Why would Americans be driving so much more recklessly during the pandemic? But then in the first half of 2021, according to the National Highway Traffic Safety Administration, motor vehicle deaths were up 18.4 percent even over 2020. Contributing factors, according to the agency, included driving under the influence, speeding and failure to wear a seatbelt.

Why are so many Americans driving irresponsibly?

While gloomy numbers like these were rattling around in my brain, a Substack article from Matthew Yglesias hit my inbox this week. It was titled, “All Kinds of Bad Behavior Is on the Rise.” Not only is reckless driving on the rise, Yglesias pointed out, but the number of altercations on airplanes has exploded, the murder rate is surging in cities, drug overdoses are increasing, Americans are drinking more, nurses say patients are getting more abusive, and so on and so on.”

“. . . But something darker and deeper seems to be happening as well — a long-term loss of solidarity, a long-term rise in estrangement and hostility. This is what it feels like to live in a society that is dissolving from the bottom up as much as from the top down.

What the hell is going on? The short answer: I don’t know. I also don’t know what’s causing the high rates of depression, suicide and loneliness that dogged Americans even before the pandemic and that are the sad flip side of all the hostility and recklessness I’ve just described.

We can round up the usual suspects: social media, rotten politics. When President Donald Trump signaled it was OK to hate marginalized groups, a lot of people were bound to see that as permission.” . . . 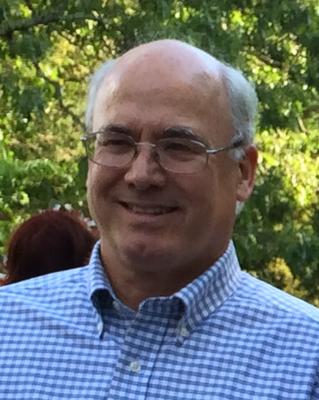 David Lindsay Jr.
Hamden, CT | NYT Comment:
Thank you David Brooks for another thoughtful and challenging column. You do have a blind spot, or malfunction, like the EVSE I use to charge up my two electric cars, or one electric car, and a Prius Prime, which is only electric for 25 miles in the summer. To fix the EVSE, when some widget seizes up, the manufacturer said, turn off the breaker, and hit the unit with a rubber mallet really hard. And it worked. I wonder if a rubber mallet would unstick you. I’d like to add to your thoughtful short list of the usual suspects, climate change and the sixth extinction, and the world overpopulation which are the cause of both. My adult daughter says she might not have any children because of these environmental crises. My adult son son says nothing I do for mitigation matters, since we have probably already passed the tipping point, and human life on the planet is probably doomed. I write about this stuff, with weird dark thoughts intruding on my brain, when awake and asleep. One sick thought, is that the pandemic has failed, because it hasn’t killed enough people. I admit this is a dark and ugly thought, but so is driving thousands of non human species into extinction, which is real, and going on this century, and accelerating. Are we committing an unforgiveable sin against other forms of life?
David blogs at InconvenientNews.Net
x
In addition,  one irony of this sin of human overpopulation and consumption, and of our poisoning the water, the air, the land, and the atmosphere, is that according to the late scientist Edward O Wilson, if we kill off over 50% of the world’s other species, which is where we are headed, the human species will probably not survive. During the 5th and last great extinction in the geological record, when the dinosaurs died off, so did probably about 95% of the world’s other species at that time.