HOW THE WORLD REALLY WORKS

“The title’s pleonastic fourth word is the giveaway. It announces the tone of Vaclav Smil’s 49th book: vinegary scorn for the irresponsible declarations of self-proclaimed experts, particularly those guilty of innumeracy, ahistoricism and other forms of wishful thinking that Vaclav Smil would never, ever fall for. You’ve heard a lot of prognostications about the state of the world. They’re bunk. Here, at last, is how the world really works.

Smil, who has taught at the University of Manitoba for half a century, rests his expertise on the strength of a polymathic pedigree nearly unmatched in North American academic life. Unlike Noam Chomsky — whose own breadth of expertise Smil ridicules in passing — Smil does not suffer polemics. Nor is he a forecaster, as he stresses repeatedly (with mounting exasperation). If anything he is an anti-forecaster, contemptuous of any prediction made about complex systems. Smil is a compiler of data, an indefatigable quantifier (to the 10th decimal), a summarizer, a pragmatist and a utilitarian. Or, as he puts it, “I am a scientist trying to explain how the world really works.”

“. . . . To do so, however, one must sort and prioritize — one must filter the world’s information through subjective criteria. Even utilitarianism lies in the eye of the beholder. Should policies designed to favor the greatest number of people, for instance, account for people not yet born? If so, how many generations of them? When it comes to such questions, critical as they are to climate policy, mathematical calculations yield inexorably to ethical ones.

In short order Smil summarizes the history of global energy, food, material production and trade. (Smil has dedicated books to each subject.) Salient details emerge. Canada, blessed with greater forest acreage than any affluent nation, saves money by importing toothpicks from China. No country possesses sufficient rare earth metals to support its economy. The world throws out a third of its food. Human beings today enjoy, on average, the annual benefit of 34 gigajoules of energy. Expressed in units of human labor, that is “as if 60 adults would be working nonstop, day and night,” for each person. Residents of affluent countries have it better: An American family of four has more hired help than the Sun King at Versailles.

During these expositional chapters, a bell keeps ringing, and its din soon drowns out the litanies of diesel fuel per kilogram units and ratios of edible mass to mass of embedded energy. It brings the grim announcement that every fundamental aspect of modern civilization rests overwhelmingly on fossil fuel combustion. Take our food system. Readers of Michael Pollan or Amanda Little understand that it’s morally indefensible to purchase Chilean blueberries or, God forbid, New Zealand lamb. But even a humble loaf of sourdough requires the equivalent of about 5.5 tablespoons of diesel fuel, and a supermarket tomato, which Smil describes as no more than “an appealingly shaped container of water” (apologies to Marcella Hazan), is the product of about six tablespoons of diesel. “How many vegans enjoying the salad,” he writes, “are aware of its substantial fossil fuel pedigree?” 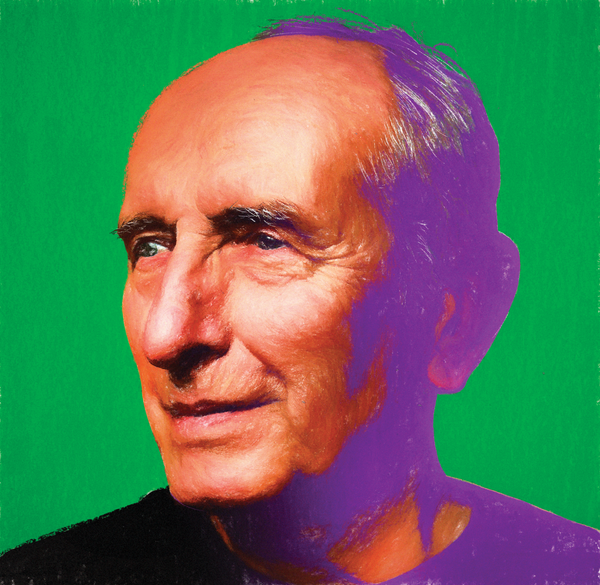 This Eminent Scientist Says Climate Activists Need to Get Real

“There are these billions of people who want to burn more fossil fuel,” says Vaclav Smil. “There is very little you can do about that.”

It is best to eat local, but we do not have enough arable land to support our population, even in our vast continent, at least not without the application of obscene quantities of natural-gas-derived fertilizer. One must further account for the more than three billion people in the developing world who will need to double or triple their food production to approach a dignified standard of living. Then add the additional two billion who will soon join us. “For the foreseeable future,” writes Smil, “we cannot feed the world without relying on fossil fuels.” He performs similar calculations for the world’s production of energy, cement, ammonia, steel and plastic, always reaching the same result: “A mass-scale, rapid retreat from the current state is impossible.” “

David Lindsay: There is much here to admire, but one must handle with fire mits. Here is the best so far, of many excellent comments:

B
Brian D
Maryland May 11

I haven’t read the book, but from the review this sounds like just another manifestation of the doomer ethos “Nothing is worth doing because nothing can save us.” Smil says that food requires energy and refuses to believe that energy can be obtained from renewables, or that ammonia can be made from anything but natural gas. This sort of blindness is the same as that which led Malthus to predict mass starvation, he failed to foresee changes in farming practice including the advent of artificial fertilizer. The solution to problems like decarbonizing food or transportation may be multipartite, difficult, expensive, and require systematic change, but that is not a reason to throw up our hands, it is a reason to start sooner and work harder. I read a lot of climate books and talk to climate activists and no one is on either of the extremes Smil so despises, he is defeating strawmen. Everyone involved on any but the most superficial level understands that large painful changes will have to be undergone if we are to avoid even more catastrophic results, but the idea that nothing can be done is and has always been the biggest force pushing us towards what could well be a civilization ending chain reaction. How does the world REALLY work? It works by people deciding to make changes and uniting to do the hard work. Anything else is simply abandoning our grandchildren.

3 Replies73 Recommended
x
x
Here is what I have to add to the comment above:

David Lindsay Jr.
Hamden, CT | NYT comment:
Thank you Nathaniel Rich for this fascinating report. I greatly admire Vaclav Smil for his tough talk and numbers driven analysis. I wonder why he doesn’t join hawks like my partner and me, in saying clearly, the people of the world need to reduce their numbers, since their pollution is killing the planet. Humans are going to have to radically change their behavior, as in, reduce their consumption levels, to reduce green house gas emissions. I agree with one commentor, that Smil appears to have given up. If this is true, it would explain why he sounds almost like a shill for the oil and gas companies,
David blogs at InconvenientNews.net