“Edward O. Wilson, a biologist and author who conducted pioneering work on biodiversity, insects and human nature — and won two Pulitzer Prizes along the way — died on Sunday in Burlington, Mass. He was 92.

His death was announced on Monday by the E.O. Wilson Biodiversity Foundation.

“Ed’s holy grail was the sheer delight of the pursuit of knowledge,” Paula J. Ehrlich, chief executive and president of the foundation, said in a statement. “A relentless synthesizer of ideas, his courageous scientific focus and poetic voice transformed our way of understanding ourselves and our planet.”

When Dr. Wilson began his career in evolutionary biology in the 1950s, the study of animals and plants seemed to many scientists like a quaint, obsolete hobby. Molecular biologists were getting their first glimpses of DNA, proteins and other invisible foundations of life. Dr. Wilson made it his life’s work to put evolution on an equal footing.”

David Lindsay:  One of my great heroes has passed. He is the author of “Half-Earth, Our planet’s fight for life,” which has become the most important book in my life. It is a gateway aphrodisiac into the passion of habitat and wildlife conservation. (If anyone can’t get to read the entire obit, send me a message, and I will repost in January, with full permissions.)

“Watching deer forage for whatever bits of food they can find through the cold months of winter, I can understand why some people feel an urge to feed them. Only supplemental feeding isn’t helpful at all to deer. Instead, it’s detrimental to their digestive health, and it pulls them away from safer, more nutritious food sources.

“Supplemental feeding has little or no benefit to the overall health of deer,” said Nick Fortin, Deer Project Leader for the Vermont Fish and Wildlife Department. “Interestingly, northern deer will lose weight in winter no matter what or how much they are fed, even in captivity.”

Like virtually all animals living in climates where winter is cold and snowy, deer use a variety of adaptations to adjust and survive. In the northern part of the Northeast, they often gather in deer yards, where softwood cover offers shelter from wind and cold as well as decreased snow depth. As deer move to and through their winter shelter, they pack down paths, allowing for easier travel to food and quicker escapes from predators.

In winter, deer reduce their energy expenditures by hunkering down during extended cold stretches; this way they can focus their activity during times when temperatures are warmer. Similar to animals that hibernate, deer store fat – it can constitute up to 20 percent of their body weight, said Fortin – and they can use that fat as a sort of energy savings account.

A deer’s digestive system also goes through changes to cope with less abundant – and different – food sources. Deer are ruminants, which means they have a four-chambered stomach, like cows and sheep. Each chamber contains microorganisms to help with digestion. These microbes become tuned in to a winter diet of twigs and buds, nuts, any fruits and berries that persist, and whatever grasses they can find. A sudden change in diet – say to supplemental corn or rich hay – can wreak havoc on this system.”

Source: Feeding Deer Does Much Harm, Little Good | The Outside Story

The DIF&W’s website features a section on feeding deer that begins with the admonition, “The best option is to not feed deer at all.” If you do, however, the department provides some useful tips.

• Locate deer feeding sites in or near deer wintering areas and at least a half-mile from plowed roads to minimize road-kill losses.

• Distribute feed in many locations every day to reduce competition among deer. Remember that concentrating deer in small areas can create a feeding ground for predators.

• Proper feed is natural browse items such as dogwood, birch or witch hobble. Oats or acorns can be given as diet supplements. In winter, the microorganisms within the deer stomach are different from the microorganisms the rest of the year. This change allows deer to ingest a diet of woody browse and turn the high-fiber diet into protein.

• Do not feed hay, corn, kitchen scraps, potatoes, lettuce trimmings or any animal proteins from animals rendered into feed. Deer may actually starve when fed supplemental foods during winter if they have a full belly of indigestible foods. Many deer have starved to death with stomachs packed full of hay.”

Source: Feeding deer can be dangerous to their health

“Bald eagles, as I’m sure you know, are making quite the comeback in New Hampshire (along with much of North America). New Hampshire Audubon and the Loon Preservation Committee wondered what effect this large fish-eating predator was having on another iconic fish-eating bird, the loon.

The team looked for evidence of predation attempts by an increasing eagle population, and whether this was limiting how successful loons are at raising young or if eagles provoked changes in where loons nest. The scientists found that eagle nest proximity may be contributing to about 3% of observed loon nest failures, but that this pressure does not account for local declines in loon abundance. Loons face a wide range of other simultaneous threats, including mortality from lead tackle poisoning, avian malaria, and entanglement in monofilament fishing line.

“We confirmed that eagles have joined a wide range of stressors currently impacting loons in New Hampshire,” said Loon Preservation Committee Senior Biologist John Cooley. “This result is great motivation to keep reducing the impacts caused by humans, like lead tackle poisoning, so that eventually the primary challenge for nesting loons can once again be natural predators like eagles.” 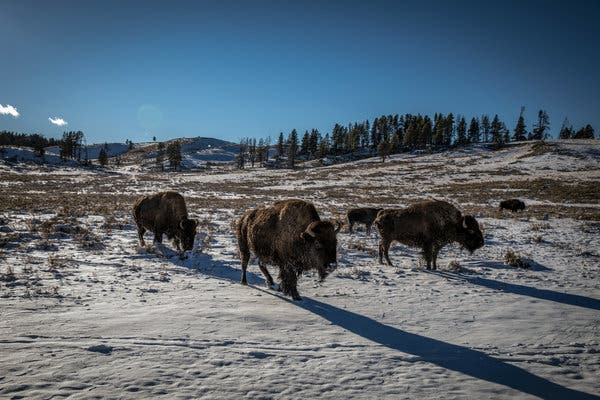 I love my beautiful, inexpensive strawberries on granola, but this research means I have to forgo the daily poisoning.

“Americans eat nearly eight pounds of fresh strawberries a year – and with them, dozens of pesticides, including chemicals that have been linked to cancer and reproductive damage, or that are banned in Europe.

Strawberries tested by scientists at the U.S. Department of Agriculture in 2014 and 2015 contained an average of 7.7 different pesticides per sample, compared to 2.3 pesticides per sample for all other produce, according to a new EWG analysis.What’s worse, strawberry growers use jaw-dropping volumes of poisonous gases – some developed for chemical warfare but now banned by the Geneva Conventions – to sterilize their fields before planting, killing every pest, weed and other living thing in the soil.

For these reasons, strawberries are again on the top of the Dirty Dozen™ list for 2017. USDA tests found that strawberries were the fresh produce items most likely to be contaminated with pesticide residues, even after they are picked, rinsed in the field and washed before eating.

If you want to avoid pesticides and don’t want strawberries grown in soil injected with nerve gases, EWG advises that you always buy organically grown berries. We make the same recommendation for other Dirty Dozen™ foods.”

“”We’re anticipating 2017 to be a particularly risky year for Lyme,” Ostfeld says.Keesing and Ostfeld, who have studied Lyme for more than 20 years, have come up with an early warning system for the disease. They can predict how many cases there will be a year in advance by looking at one key measurement: Count the mice the year before.”

Source: Surge In Mice Is A Harbinger For Lyme Disease : Goats and Soda : NPR

“. . . And while we’re talking dangerous, why are there record numbers of migrants flooding out of sub-Saharan Africa, the Mideast and Central America, trying to get into Europe and America? Two big reasons are droughts and population explosions. And what do Trump and Bannon propose? Ignoring climate change and halting U.S. government help with family planning in the developing world.”

Tremendous op-ed by Tom Friedman. Comments are also good, but nowhere near as clear as Friedman. Here is one comment I found additive to the Friedman essay.

Look Ahead is a trusted commenter WA 3 hours ago

“The US share of global GDP has fallen from 27% following WWII to 15% in 2016, measured by purchasing power parity. The combined share of Western Europe and the US has dropped from over 50% to under 30%. Demographics will continue the downward trend. The future, especially for US based multinationals, frankly lies in making stuff for the 85%.

You can’t produce goods and services for most of the 85% without accelerating automation, increasing supply chain efficiency or lower wages, in that order.

I know alot of people imagine factories in China to be dark and dismal sweatshops. But some of the most highly automated factories in the world are in, you guessed it, China, because that’s where the capital investment is.

Manufacturing is actually a much smaller part of the economy than retailing and distribution, which is being transformed at lightning speed by on-line shopping and highly efficient supply chains.

Nothing Trump wants to do will change this direction, no walls, no immigrant bans, no for-profit diploma mills funded by taxpayers. And a rising dollar is just growing foreign investment.

“With both major-party presidential candidates vying for working-class voters, Hillary Clinton on Thursday followed Donald J. Trump to Michigan to outline her job-creation plans, answering his economic address on Monday in Detroit. Mrs. Clinton spoke at Futuramic Tool & Engineering Company in Macomb County, long known as a home to political ticket-splitters. Some of her statements deserved a closer look. Here are a few.Claim: “Even conservative experts say Trump’s agenda will pull our economy back into recession. And according to an independent analysis by a former economic adviser to Senator John McCain, if you add up all of Trump’s ideas — from cutting taxes for the wealthy and corporations, to starting a trade war with China, to deporting millions of hardworking immigrants — the result would be a loss of 3.4 million jobs. Now, by contrast, the same analyst found that with our plans, the economy would create more than 10 million new jobs.” ”