+
Want climate news in your inbox? Sign up here for Climate Fwd:, our email newsletter.

WASHINGTON — Over the next two decades, the world’s energy system will undergo a huge transformation. Wind and solar power are poised to become dominant sources of electricity. China’s once-relentless appetite for coal is set to wane. The amount of oil we use to fuel our cars could peak and decline.

That’s the conclusion of the International Energy Agency, which on Monday published its annual World Energy Outlook, a 661-page report that forecasts global energy trends to 2040. These projections are especially difficult right now because the world’s energy markets, which usually evolve gradually, are going through a major upheaval.

via Clean Energy Is Surging, but Not Fast Enough to Solve Global Warming – The New York Times

More efforts needed
The global fuel cell electric vehicle (FCEV) car stock reached 8 000 units in 2017, with the United States and Japan accounting for nearly 90% of the global fleet. Focus on hydrogen is increasing from a variety of countries and companies, with the IEA also strengthening its own analytical capability.

By John Paul MacDuffie
Mr. MacDuffie is director of the Program on Vehicle and Mobility Innovation at the Wharton School, University of Pennsylvania.

111
Elon Musk’s decision to settle fraud charges against him — by paying a $20 million fine to the Securities and Exchange Commission and agreeing to step down as the chairman of Tesla, the company he co-founded — is the best possible outcome for both investors in Tesla and anyone who cares about the future of electric vehicles.

By giving up the chairmanship for three years, Mr. Musk will have the chance to focus on some of the huge tasks still ahead for the company, particularly raising the financing to meet the company’s looming debts. And the governance measures imposed by the S.E.C. — for new board members, better review of communications and a permanent committee of independent board members to monitor disclosures and conflicts of interest — are exactly what the company needs to prevent another social media-fueled debacle.

His leadership matters well beyond Silicon Valley. Tesla, under Mr. Musk, has been the single most significant force driving the global automotive industry — and the consumers who purchase cars — to take the prospect of a fully electric vehicle future seriously. No other electric vehicle initiative — from Nissan’s Leaf and GM’s Chevrolet Volt and Bolt to the new wave of luxury electric cars being rolled out by German automakers and new companies funded by Chinese billionaires — has achieved the impact on the public’s imagination, brand loyalty or sales success of Tesla. Those initiatives might not even have occurred without the prod of Tesla’s example. 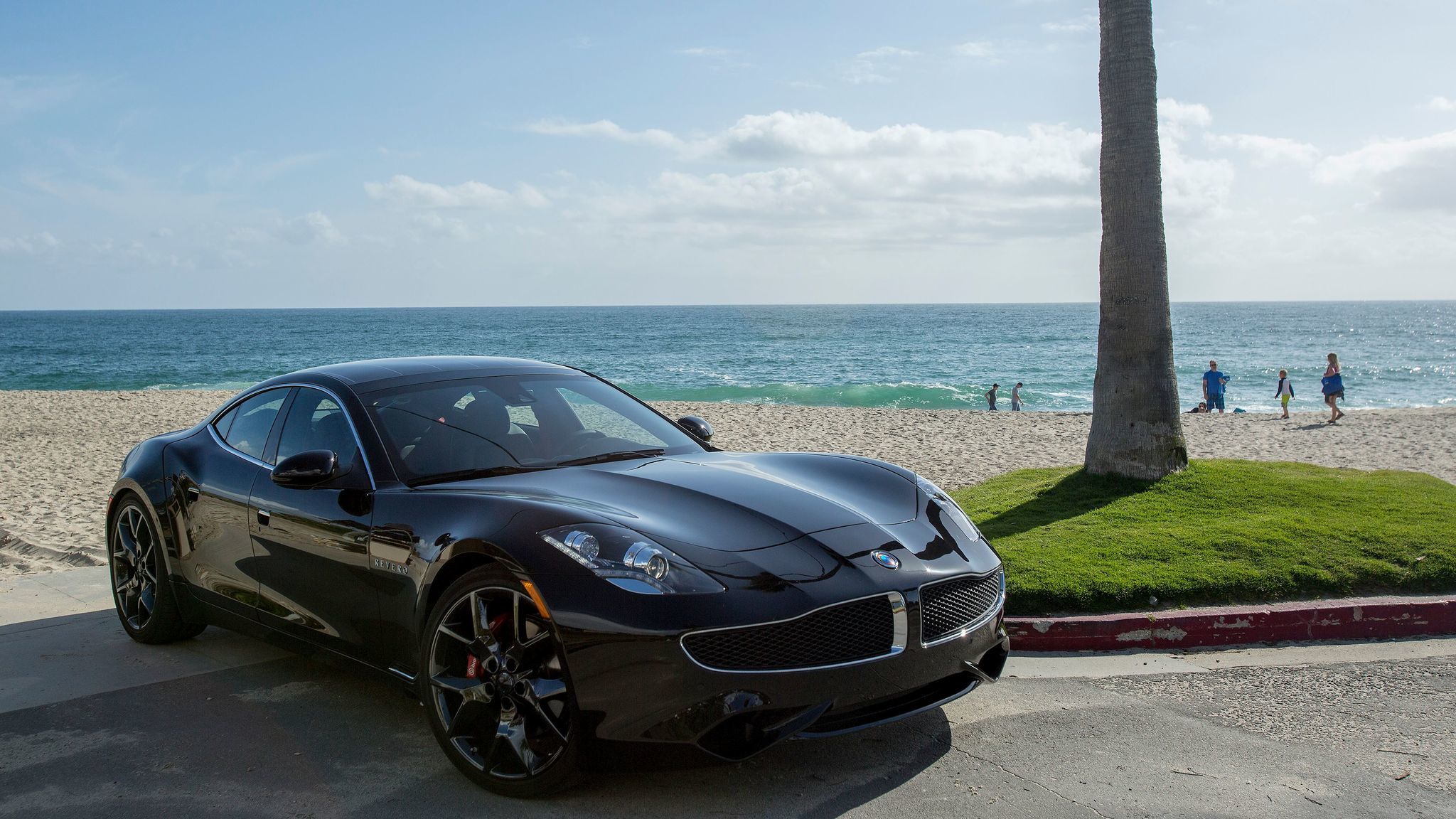 With a cleaning product for every use imaginable, it’s easy to accumulate a ton of chemicals under the sink. And with all that clutter, how many times have you bought cleaners that you didn’t realize you already had?

Skip the clutter and the overbuying! There is almost nothing you can’t clean with just a spray bottle of white vinegar and a sprinkle of baking soda.

Clean With Vinegar & Baking Soda
Vinegar and baking soda are safe to use on nearly all household surfaces including porcelain, glass, fiberglass, chrome, steel, silver, vinyl, plastic and most fabrics.

They are a fraction of the cost of chemical cleaners. Both are non-toxic. And they are completely safe to use on dishes and glassware and around babies or pets. 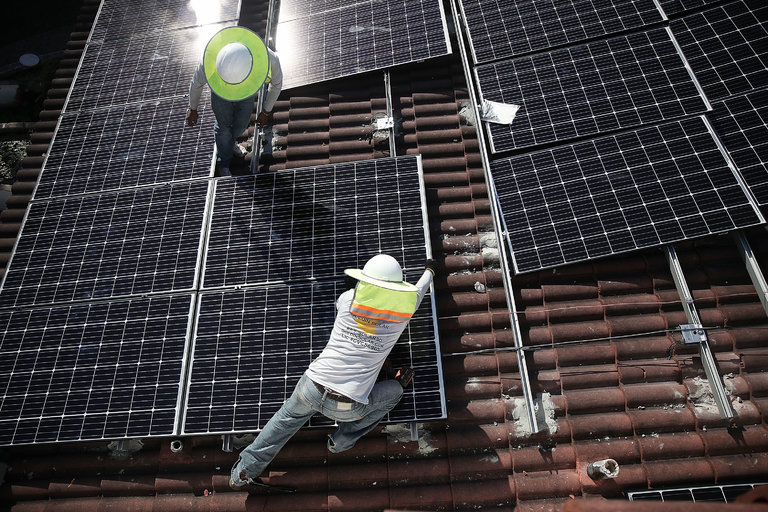 “President Trump’s decision to impose sweeping tariffs on imports of solar panels and components is the opening salvo of his America First campaign to protect domestic manufacturers from Chinese competition. The stakes are high: Solar is the world’s fastest-growing energy industry, attracting over $160 billion in investment in 2017.

Yet these tariffs will do little to make American manufacturers competitive with dominant Chinese ones. Instead, they might actually discourage domestic investments in innovation, crucial to an American solar manufacturing revival. On top of this, the tariffs will cause collateral damage by slowing down the installation of solar panels in the United States, destroying more jobs than they create, and provoking trade disputes and retaliation.”

via How U.S. Tariffs Will Hurt America’s Solar Industry – The New York Times

“ZEBULON, N.C. — At this century-old farm just outside Durham, symmetrical rows of shining blue solar panels have replaced the soybeans and tobacco that Tommy Vinson and his family used to grow here. It is one of many solar farms that have sprung up around North Carolina, transforming a state long battered by global offshoring into the second-largest generator of solar electricity after California.

“It’s still reaping a very good harvest,” said April Vinson, who is married to Tommy. “It’s just not a traditional kind of farm.”

Abundant and free in most parts of the country, pine needles are a great source of organic matter for the garden. Whether you use pine needles in compost or as a mulch around your plants, they provide essential nutrients and improve the soil’s ability to hold moisture. Once you know how to compost pine needles, you don’t have to worry about any adverse effects.

“Is ash good for compost? Yes. Since ashes do not contain nitrogen and will not burn plants, they can be useful in the garden, especially in the compost pile. Wood ash compost can be a valuable source of lime, potassium, and other trace elements.

Fireplace Ashes for CompostComposting ashes is an ideal way to put them to use in the garden. Fireplace ashes for compost can be used to help maintain the neutral condition of the compost. It can also add nutrients to the soil. Decomposing materials in the compost pile can become somewhat acidic and wood ash can help offset this, as it’s more alkaline in nature.

However, it may not be a good idea to use charcoal ashes, such as those from grills. Compost with charcoal can have chemical residue from the additives in the charcoal. These chemicals can be harmful to plants, especially when used in large amounts. Therefore, it is better to stick with wood ash—provided that the wood used has not been treated or painted.”

“SHENZHEN, China — There is a powerful reason that automakers worldwide are speeding up their efforts to develop electric vehicles — and that reason is China.

Propelled by vast amounts of government money and visions of dominating next-generation technologies, China has become the world’s biggest supporter of electric cars. That is forcing automakers from Detroit to Yokohama and Seoul to Stuttgart to pick up the pace of transformation or risk being left behind in the world’s largest car market.

Beijing has already called for one out of every five cars sold in China to run on alternative fuel by 2025. Last month, China issued new rules that would require the world’s carmakers to sell more alternative-energy cars here if they wanted to continue selling regular ones. A Chinese official recently said the country would eventually do away with the internal combustion engine in new cars.

“We are seeing ourselves at a crossroads in the development of the automobile industry in this country, with a global scale in mind,” said Jürgen Stackmann, Volkswagen’s top executive for VW brand sales and marketing, during a visit to Shanghai.China has reshaped industries before — clothing, steel making, even lace — through a potent mix of government support and cheap labor. More recently it has transformed green-energy businesses like solar and wind power.”

Here are the top comments, which I endorsed:

I think Scott Pruitt should stand next to that picture of the heavy haze of Pollution in Beijing due to the country’s reliance on power from coal.

It seems like even China is moving in the right direction while the Trump policy is to reverse all of the environmental improvements we’ve made and return us to the good old days of smog, haze and polluted waters.

China considers the very long term in its economic planning. The US – Republicans in particular- considers only next year’s business profits when making environmental and economic policy.

“unfair government support”?
We have that as well, it just is for 19th century coal + 20th cent oil. Welcome to “Make America Last”.

I WISH, our government had the foresight to set incentives for industry and consumers that protect the planet we need to live on.

Let’s see if the Russian Troll Farm attacks this comment like they did the last time we had this topic. Some facts:

1. If electricity is generated by anything but a coal plant, there is a very large benefit to plug-in vehicles (hybrid or pure EV), in terms of CO2 and local pollution.

2. Coal plants, like most thermal plants, burn 24/7, because the system temperature has to be maintained. This means that CO2 is being produced when there is low demand for electricity, at night. EV charging at night means that this “wasted” CO2 production *replaces* the CO2 an ICE car would produce on the morning commute, rather than being *in addition* to it.

3. The net result, in general, when you take all factors into account, is that *even* if electricity is being supplied by coal, switching to plug-in vehicles is a positive step; depending on combinations of efficiencies, in the short term as well as over time.

So, please think critically when the trolls start filling the thread with nonsensical claims that are intended to keep the oil flowing out of Siberia or wherever.

If you watch the NOVA program “In Search of the Superbattery,” you will see that improvements in battery electrolytes (plastic in the NOVA program, and now glass) will likely lead to improvements in energy density of lithium batteries by a factor of about 3. When this happens (and I suspect within the next 3 years), range of electric cars will increase from about 200 miles to about 600 miles. This will quickly result in the death of the internal combustion engine as a common energy source for cars. Automobile manufacturers, aware that this is about to happen, are scrambling to adopt electric car technology, so as to not be left behind with this disruptive change. The US government would do well to take notice.