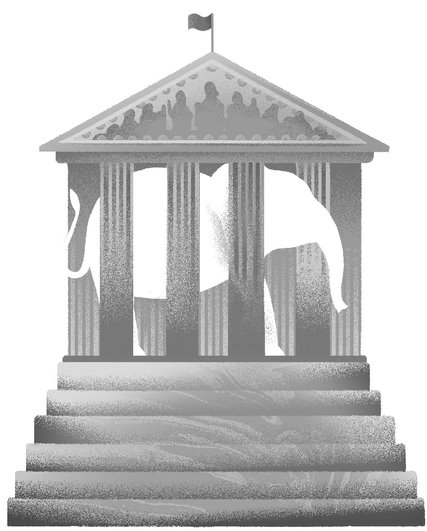 “Remember Merrick Garland, the veteran federal judge President Obama nominated in mid-March to fill the Supreme Court vacancy left by the death of Justice Antonin Scalia? That was 85 days ago, and Judge Garland still hasn’t gotten a hearing, much less a confirmation vote, even though he is unquestionably qualified and widely respected by Republicans and Democrats alike.

The Senate Republicans, led by Majority Leader Mitch McConnell, refuse to act because they want to deny Mr. Obama another seat on the court, regardless of the nominee’s qualifications. Meanwhile, the Supreme Court sits hamstrung, unable to deliver conclusive rulings on some of the most pressing legal issues facing the country.

The Republicans’ blockade of Judge Garland is shameful, but it is only the most glaring example of what has been a historic slowdown in filling federal court vacancies across the country. This has been enormously damaging to the district courts, which deal with hundreds of thousands of cases annually, and where backlogs drag out lawsuits and delay justice. It also harms the appeals courts, whose rulings are the final word in nearly all litigation, since the Supreme Court hears only about 75 cases a year.

How bad has it gotten? Compare the current Senate’s abysmal record with the Democratic-led Senate that President George W. Bush faced in the last two years of his administration. By June 2008, the Senate had approved 46 of Mr. Bush’s judicial nominees; they confirmed a total of 68 by September. In contrast, Mr. McConnell’s Senate has confirmed only 20 of Mr. Obama’s judges since Republicans took control in January 2015, the slowest pace since the early 1950s. Appellate judges accounted for just two of those confirmations, fewer than at any time since the 19th century.”