Skip to primary content
Skip to secondary content
“WASHINGTON — Erik Prince, the security contractor with close ties to the Trump administration, has in recent years helped recruit former American and British spies for secretive intelligence-gathering operations that included infiltrating Democratic congressional campaigns, labor organizations and other groups considered hostile to the Trump agenda, according to interviews and documents.

One of the former spies, an ex-MI6 officer named Richard Seddon, helped run a 2017 operation to copy files and record conversations in a Michigan office of the American Federation of Teachers, one of the largest teachers’ unions in the nation. Mr. Seddon directed an undercover operative to secretly tape the union’s local leaders and try to gather information that could be made public to damage the organization, documents show.

Using a different alias the next year, the same undercover operative infiltrated the congressional campaign of Abigail Spanberger, then a former C.I.A. officer who went on to win an important House seat in Virginia as a Democrat. The campaign discovered the operative and fired her.

Both operations were run by Project Veritas, a conservative group that has gained attention using hidden cameras and microphones for sting operations on news organizations, Democratic politicians and liberal advocacy groups. Mr. Seddon’s role in the teachers’ union operation — detailed in internal Project Veritas emails that have emerged from the discovery process of a court battle between the group and the union — has not previously been reported, nor has Mr. Prince’s role in recruiting Mr. Seddon for the group’s activities.”

Here are the two two comments.

Thanks, NY Times, for this great reporting, along with all the background material in the story. The only thing that keeps me sane these days is the continuing and dogged investigative journalism by you and the Post. Our press may be the only thing keeping America what it should be.

It is profoundly disturbing that Trump-branded conservatives see fellow Americans who are liberals and Democrats as ‘the Enemy,’ while regarding Putin’s Russia as a benign ally. Nixon ultimately resigned because he sent a group of ham-handed rubes to rifle through the DNC’s offices in the Watergate building, and then sought to cover up his actions after they were caught. Here, we have the brother of the Education Secretary recruiting trained spies to infiltrate Democratic campaigns and liberal groups in order to benefit Trump’s political agenda. Sadly, given recent history, this will soon be forgotten, rather than result in Trump’s downfall.

William H. McRaven, a retired Navy admiral, was commander of the U.S. Special Operations Command from 2011 to 2014. He oversaw the 2011 Navy SEAL raid in Pakistan that killed Osama bin Laden.

“Edmund Burke, the Irish statesman and philosopher, once said: “The only thing necessary for the triumph of evil is for good men to do nothing.” Over the course of the past three years, I have watched good men and women, friends of mine, come and go in the Trump administration — all trying to do something — all trying to do their best. Jim Mattis, John Kelly, H.R. McMaster, Sue Gordon, Dan Coats and, now, Joe Maguire, who until this week was the acting director of national intelligence.

I have known Joe for more than 40 years. There is no better officer, no better man and no greater patriot. He served for 36 years as a Navy SEAL. In 2004, he was promoted to the rank of rear admiral and was chosen to command all of Naval Special Warfare, including the SEALs. Those were dark days for the SEALs. Our combat losses from wars in Iraq and Afghanistan were the highest in our history, and Joe and his wife, Kathy, attended every SEAL funeral, providing comfort and solace to the families of the fallen.”

Source: William McRaven: If good men like Joe Maguire can’t speak the truth, we should be deeply afraid – The Washington Post

“It’s a really bad day at the office when the spooks are spooked. That’s what happened on Wednesday when President Trump announced that Richard Grenell, the ambassador to Germany, will become the acting director of national intelligence. Though Mr. Grenell is credited with effectively pushing the White House’s agenda on Iran and China, he has virtually no intelligence experience and is viewed as very partisan. This rattled the spy community and stoked fears that a purge may be coming, fears that seemed to be confirmed on Friday when Mr. Grenell ousted his office’s No. 2 official. In fact, our whole country should be spooked.

Mr. Grenell was appointed after the president reportedly became angered by a congressional briefing that said Russia is trying to help him in the 2020 election by meddling in the Democratic primaries. So Mr. Trump removed Joseph Maguire, the highly regarded acting director of national intelligence, and temporarily assigned Mr. Grenell, who is keeping his other roles.

Reports say that Kashyap Patel, a former National Security Council staff member who sought to discredit the Russia inquiry, is a senior adviser to Mr. Grenell. The worry is that this new team is meant to do one thing: undermine the core mission of the intelligence community, which is to speak truth to power.

We’ve seen this movie before, and it didn’t end well. In 2004, the C.I.A.’s director, Porter Goss, forced out career experts over a counterintelligence dispute. A review of that activity by the Silberman-Robb Commission ultimately resulted in Mr. Goss’s resignation. The coming purge could be far worse.”

“WASHINGTON — In the months before Kirstjen Nielsen was forced to resign, she tried to focus the White House on one of her highest priorities as homeland security secretary: preparing for new and different Russian forms of interference in the 2020 election.

President Trump’s chief of staff told her not to bring it up in front of the president.

Ms. Nielsen left the Department of Homeland Security early this month after a tumultuous 16-month tenure and tensions with the White House. Officials said she had become increasingly concerned about Russia’s continued activity in the United States during and after the 2018 midterm elections — ranging from its search for new techniques to divide Americans using social media, to experiments by hackers, to rerouting internet traffic and infiltrating power grids.

But in a meeting this year, Mick Mulvaney, the White House chief of staff, made it clear that Mr. Trump still equated any public discussion of malign Russian election activity with questions about the legitimacy of his victory. According to one senior administration official, Mr. Mulvaney said it “wasn’t a great subject and should be kept below his level.”

Even though the Department of Homeland Security has primary responsibility for civilian cyberdefense, Ms. Nielsen eventually gave up on her effort to organize a White House meeting of cabinet secretaries to coordinate a strategy to protect next year’s elections. 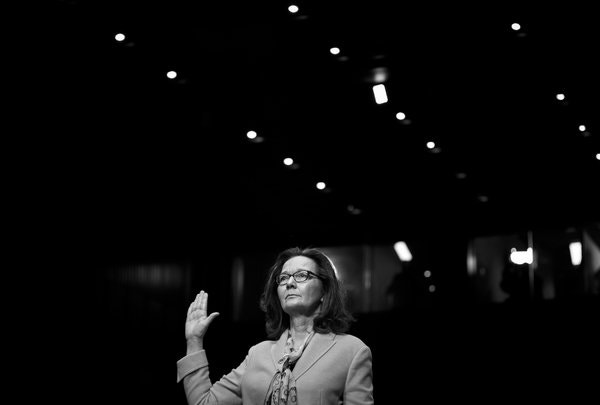 “Ms. Haspel’s role in the post-Sept. 11 counterterrorism fight was both messy and complex. It included terrible mistakes and great successes. The expectation by some politicians and newspaper editors for her to simply label the C.I.A.’s efforts as an immoral failure is unreasonable and unfair.

As an executive responsible for a large work force, she has to find a way to make clear that she will exhibit impeccable judgment and speak truth to power without implying that her hard-working colleagues are moral degenerates. She cannot begin her tenure by smearing her employees.

But she did send a clear signal about clarity at the C.I.A. under her leadership: “I would never, ever take C.I.A. back to an interrogation program,” Ms. Haspel said, and added that she would not “put C.I.A. officers at risk by asking them to undertake risky, controversial activity again.”

Ms. Haspel’s biggest hurdle going forward is unlikely to be satisfying her congressional overseers or even tackling terrorist threats. Instead, it will be serving a president for whom truth is only what serves his personal purposes. Mr. Trump has recklessly attacked nonpartisan public servants and our justice system. It is just a matter of time before he feels threatened by his intelligence agencies.

In this sense, while it feels unfair to use Ms. Haspel’s nomination to re-litigate the past, it is indeed fair to press her on how she would deal with difficult ethical decisions as head of the C.I.A.”

via Opinion | Why Gina Haspel Is the Best Choice for C.I.A. Director – The New York Times

Excellent piece by John Sipher. I accept his thinking on why Gina Haspel’s refusal to denounce the recent past torture of terroist suspects should be acceptable, as long as she communicates, as she has, that it went too far, and the US should not go there again. I am against torture, and I would like to follow John McCain  and the NYT and be a purist on this one issue, but Sipher’s logical arguments hold.

Also, one pundit reported this last week, that Haspel was a middle manager, following the orders of her superiors, at time of fear and crisis. She was told that the Justice Department had determined that what she was ordered to do was legal. The work of those lawyers, working for President George W Bush and Richard Cheney, the VP, will be a stain on the honor or the US, forever, which thanks to over population, climate change and the Sixth Extinction, might not be that far off. Did anyone at the hearings ask her about these, the really great threats, that could destroy our way of life?

Gina Haspel apparently has the organizational skills and experience, to do this new job for her, of running the CIA. I will try to make time to watch her hearing on youtube.