“President Trump declared in his State of the Union address that “our economy is the best it has ever been.”

Put aside the Trumpian hyperbole, and it’s true that the economy is strong — and that this is critical to Trump’s chances for re-election. The Obama recovery has continued under Trump, with the stock market surging and corporate profits swelling. Just last month, employers added 225,000 jobs.

Private wealth owned by American households and nonprofits has soared just since 2000 by the equivalent of more than $800,000 per household, according to Federal Reserve data. Wow! I feel richer already.

Yet we live in two Americas, and there’s another side of the country that Trump didn’t mention — one that helped elect him but that he has neglected since. In the other America, suicide rates are at a record high in the post-World War II era, and more Americans die every two weeks from drugs, alcohol and suicide — “deaths of despair” — than died in 18 years of war in Afghanistan and Iraq.”

“Yet it’s not hopeless. America is polarized with ferocious arguments about social issues, but we should be able to agree on what doesn’t work: neglect and underinvestment in children. Here’s what does work.

Job training and retraining give people dignity as well as an economic lifeline. Such jobs programs are common in other countries.

For instance, autoworkers were laid off during the 2008-9 economic crisis both in Detroit and across the Canadian border in nearby Windsor, Ontario. As the scholar Victor Tan Chen has showed, the two countries responded differently. The United States focused on money, providing extended unemployment benefits. Canada emphasized job retraining, rapidly steering workers into new jobs in fields like health care, and Canadian workers also did not have to worry about losing health insurance.

“But here’s why I’m ultimately optimistic: I see how much the election of Mr. Trump acted as an impetus for people who care about democracy to get involved. The 2018 election registered the highest turnout midterm election in 104 years, and the smart money is on a similarly high turnout election in 2020. It may sound strange to say, but Mr. Trump’s election may yet turn out to be the shock and near-death experience that American political system needed to right itself.

I’m also optimistic because the one reform with the most potential to break our zero-sum partisanship, ranked-choice voting, is gaining tremendous momentum at the state and local level. In 2018, Maine became the first state to use ranked-choice voting for federal elections (after Mainers approved it in two statewide referendums). This month, New York City voters adopted it. Also in 2020, expect voters in Alaska and Massachusetts to decide whether they want in on ranked-choice voting.

By removing the spoiler effect of third parties, ranked-choice voting can break the us-versus-them force driving our partisan warfare, and create space for a political realignment that creates new coalitions to shape economic reforms and negotiate social change.”

“To the Republican members of the United States Senate:

You have always told us that you believe in the distinctive greatness of the United States of America. “America is different,” as Senator Marco Rubio has said. Ben Sasse likes to say that “America is an idea” — a commitment to universal dignity over brute power.

You have also told us that you went into politics to serve a higher purpose. Well, your moment has arrived.

The president of the United States is betraying his oath of office in the most fundamental way, by using the presidency for personal gain at the country’s expense. He has corrupted our foreign policy with grubby attempts to help himself that his own White House staff immediately recognized as improper. He is telling the world that America does not, in fact, stand for any higher ideal. Can you for a moment imagine the icons of your party, like Ronald Reagan or Dwight Eisenhower, risking the security of a country threatened by Russia, for the sake of smearing a political rival?

President Trump must go, and you — only you — have the power to make it happen.

You can start to distance yourself from him slowly, if it will help bring along your political base. A couple of you — like Pat Toomey of Pennsylvania, who called Trump’s behavior “inappropriate,” and Mitt Romney of Utah, who used the word “troubling” — have begun to do so. But more of you should be moving in this direction, for the sake of the country and, ultimately, yourselves.”

“WICHITA, Kan. — For more than a century following the Industrial Revolution, rural and small-town people left home to pursue survival in commercial meccas. According to the American story, those who thrived in urban centers “made it” — a capitalist triumph for the individual, a damaging loss for the place he left. We often refer to this as “brain drain” from the hinterlands, implying that those who stay lack the merit or ability to “get out.”

But that old notion is getting dusty.

The nation’s most populous cities, the bicoastal pillars of aspiration — New York City and Los Angeles — are experiencing population declines, most likely driven by unaffordability. Other metros are experiencing growth, to be sure, especially in the South and West. But there is an exodus afoot that suggests a national homecoming, across generations, to less bustling spaces. Last year, the Census Bureau found that while roughly 80 percent of us live in urban areas, rural life was the most wished for.

If happiness is what they seek, those folks are onto something. A 2018 study by NPR, the Robert Wood Johnson Foundation and the Harvard T.H. Chan School of Public Health reported that in spite of economic and health concerns, most rural Americans are pretty dang happy and hopeful. Forty percent of rural adults said their lives came out better than they expected. A majority said they were better off financially than their parents at the same age and thought their kids would likewise ascend. As for cultural woes, those among them under age 50, as well as people of color, showed notably higher acknowledgment of discrimination and commitment to social progress. All in all, it was a picture not of a dying place but one that is progressing.

The University of Minnesota Extension researcher Ben Winchester has cited a “brain gain” in rural America. Mr. Winchester found that from 2000 to 2010, most rural Minnesota counties gained early-career to midcareer residents with ample socioeconomic assets. A third of them are returning, while the rest are new recruits.”

“Given that Italy has had more than five dozen governments in 73 years, the emergence of another unlikely and unstable coalition might look, in the phrase often attributed to Yogi Berra, like déjà vu all over again. Yet in the current wave of populism in Europe and around the world, the success of the Italian Parliament in pushing back against a right-wing firebrand bears a closer look.

The stage for the turnover was set in August, when Matteo Salvini, head of the far-right, anti-immigrant League party that for over a year had been in a ruling coalition with the anti-establishment Five Star Movement, decided to cash in on his popularity and ask the Italian electorate to hand him “full powers” in new elections.

Instead, the prime minister — a law professor named Giuseppe Conte, who had been pulled from obscurity last year to serve as a figurehead leader of that coalition government — delivered a potent speech in the Italian Senate upbraiding his former patron, Mr. Salvini, for “political opportunism” in “following his own interests and those of his party.”

Mr. Conte then cobbled together an improbable coalition of two parties more usually at each other’s throats, the Five Star Movement and the center-left Democratic Party. On Monday, the government — now known popularly as Conte II, with Mr. Salvini in snarling opposition — easily won a vote of confidence and handed Mr. Conte back the ceremonial bell of the prime minister that he had held in the previous coalition government.”

“. . .  That’s not what I’ve found. America is actually a checkerboard of towns and cities — some rising from the bottom up and others collapsing from the top down, ravaged by opioids, high unemployment among less-educated white males and a soaring suicide rate. I’ve been trying to understand why some communities rise and others fall — and so many of the answers can be found in Willmar.

The answers to three questions in particular make all the difference: 1) Is your town hungry for workers to fill open jobs? 2) Can your town embrace the new immigrants ready to do those jobs, immigrants who may come not just from Latin America, but also from nonwhite and non-Christian nations of Africa or Asia? And 3) Does your town have a critical mass of “leaders without authority”?” 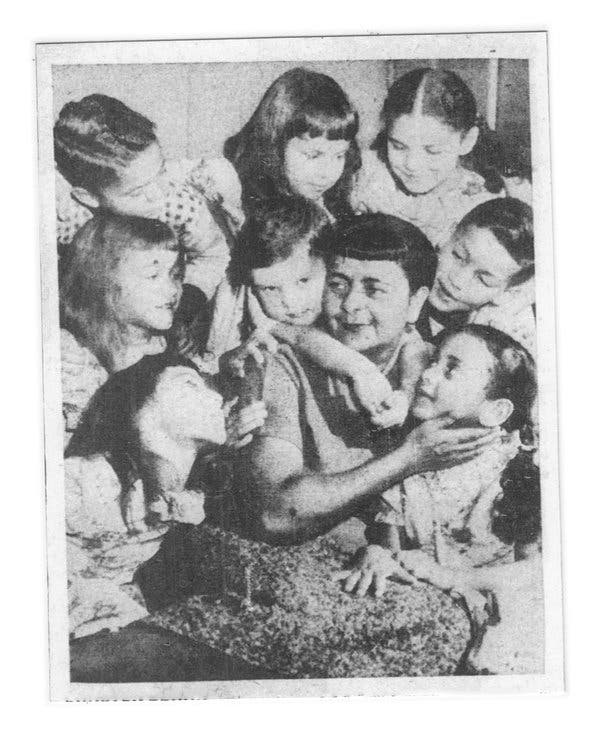 “They were called “brown babies,” or “mischlingskinder,” a derogatory German term for mixed-race children. And sometimes they were just referred to as mutts.

They were born during the occupation years in Germany after World War II, the offspring of German women and African-American soldiers. Their fathers were usually transferred elsewhere and their mothers risked social repercussions by keeping them, so the babies were placed in orphanages.

But when Mabel Grammer, an African-American journalist, became aware of the orphaned children, she stepped in. She and her husband, an army chief warrant officer stationed in Mannheim, and later Karlsruhe, adopted 12 of them, and Grammer found homes for 500 others.”

David Lindsay: David Leonhardt is my new go to guy for American politics. Here is a perfect example.

The economy’s growth isn’t benefiting most families very much. Life expectancy has been falling. The planet is warming. The rest of the world is less enamored of America than it has been in the past.

But I can offer you one major piece of good news: Our country’s urgent and growing problems have inspired more Americans to vote and to otherwise get involved in politics. And that sort of engagement is the best hope for restoring our country to its rightful strength.

Here, then, is the true state of the union, in charts:

The last few years — including 2018 — have brought some good economic news. Paychecks for most workers are rising faster than inflation. But the gains are still modest, and they don’t come close to erasing years in which pay gains trailed economic growth: (GDP has risen more than average wages. You must go to the NYT for the full chart.) 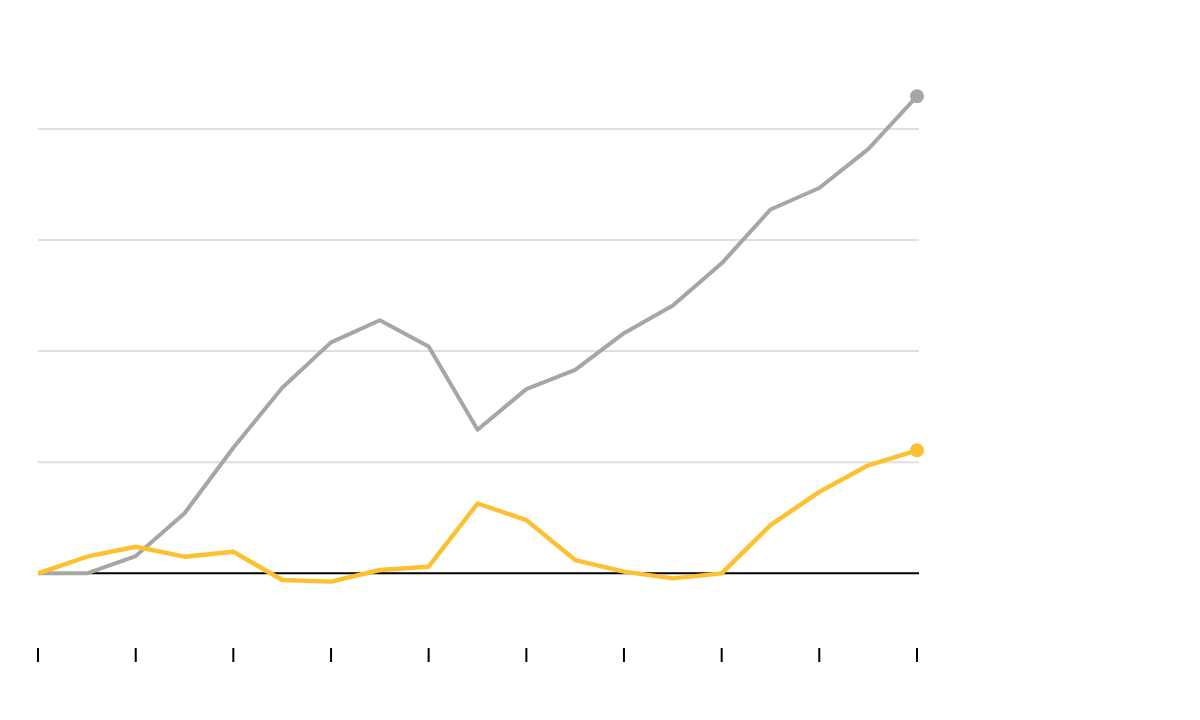 No man is an island,  entire of itself; every man is a piece of the continent, a part of the main; if a clod be washed away by the sea, Europe is the less, as well as if a promontory were, as well as if a manor of thy friend’s or of thine own were;  any man’s death diminishes me, because I am involved in mankind, and therefore never send to know for whom the bell tolls; it tolls for thee.

via John Donne. Meditation 17. [No man is an island… For whom the bell tolls, etc.]