They have pledged to help fix U.S. recycling, but for decades the companies have fought against “bottle bills,” which result in more bottles and cans being recycled but are costly for the industry. 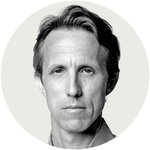 “Recycling is struggling in much of the United States, and companies like Coca-Cola say they are committed to fixing it.

The beverage industry helps pay for pizza parties celebrating top elementary school recyclers and lends money to companies that process used plastic. Coca-Cola and Pepsi, along with Dow, the plastics producer, support nonprofit groups like Keep America Beautiful, which organize events like litter cleanups. A recent videofunded partly by Keep America Beautiful featured models dancing through a recycling facility in Brooklyn, which one advertising writer said makes “recycling sexy.” By 2030, Coca-Cola wants all of its packaging to be made from at least 50 percent recycled content.

But one approach to recycling that many of these companies do not support has proved to actually work: container deposit laws, more commonly known as bottle bills, which cost them lots of money.

In the 10 states where consumers can collect a few cents when they return an empty bottle or can, recycling rates for those containers are often significantly higher. In some cases, they are more than twice as high as in states without such deposits.”