“ANTIGUA, Guatemala — Raúl is a happy preschooler, tumbling around among 4- and 5-year-olds, but something is off.

It’s not his behavior, for it’s the same as that of the other little kids. Rather, it’s his face. The baby fat is gone, and although he’s only 3 feet 5 inches tall, the height of an average 5-year-old, an older face seems grafted on.

Sure enough, Raúl turns out to be 9. Malnutrition has left his body and mind badly stunted. He’s one of almost one-quarter of all children worldwide who are stunted from malnutrition.

Here in Guatemala, almost half of children are stunted. In some Mayan villages, it’s 70 percent.

In another world, on the Upper East Side of Manhattan, the restaurant Serendipity 3 offers a $295 hamburger. Alternatively, it sells a $214 grilled cheese sandwich and a $1,000 sundae.”

I would like to see more foreign aid that connects food, education and family planning.
Sustainablity studies suggest we need negative population growth for our own survival.

Many years ago, at the supper table, my Dad would remind us kids to only take what we could eat, and don’t leave anything on your plate when finished. And then it was, did you now right now there are millions in the world starving. That was in the 50’s. Mom and Dad were struck by the poverty of Native Americans when traveling out west during their retirement. So every year they made a strong donation to a reservation school for native children. Never stopped. Today our family follows the tradition of giving annually to charity or  other non-profit of our choice. My wife and I choose Doctors Without Borders and the Environmental Defense Fund. Thank you Nick, it’s individuals like you that reminds us of those in need. The sadness of it though is our Government is too busy yelling at one another about petty stuff, while the children suffer.

“HUEHUETENANGO, Guatemala — When Lesly Cano Gómez was 15, she wrote out her plan to migrate to America.

There were extensive family talks about the trip, which Cano Gómez would have undertaken with her cousin, Enilda, who is four years younger than her.

“There wasn’t anything here,” Cano Gómez explained. “That’s why I wanted to migrate.”

She knew that along the way she could be murdered or trafficked to a brothel, or else die of thirst in the desert. “But I felt I needed to go,” she added. “The people I went to school with had migrated, a ton of them.”

Yet today, four years later, Cano Gómez is still here in her village of Chichalum in the rugged Huehuetenango district. She now has a reason to stay — and therein lies a message for President Trump.”

Guatemalans actually really like Guatemala. I’m American, born and “white-bread”, but I do too. There is much to admire about the country and the culture. Migration to the US requires deep concerns about the current state of Guatemala and a sincere desire to seek a better life and more opportunities for their children. Trust me, if things were okay in Guatemala, they wouldn’t be hiring coyotes to come here.

I am part of a group that has provided scholarships to Salvadoran youth to help them stay in school. Ten years ago we were helping them go beyond 6th grade. Now we are helping some of them complete university. This has given the children of this village hope and very few of them have emigrated to the US. Instead they celebrate each graduation and count the number of professionals in the village.

“. . . There are better options. Bill Clinton and then George W. Bush invested some $10 billion in counterinsurgency and counternarcotics efforts to rescue Colombia from the grip of jungle guerrillas and drug lords. The plan was expensive, took a decade, involved the limited deployment of U.S. troops, and was widely mocked.

Yet it worked. Colombia is South America’s great turnaround story. And nobody today worries about a Colombian migration crisis.

It’s always possible that Trump knows all this — and rejects it precisely because it stands a reasonable chance of eventually fixing the very problem that was central to his election and on which he intends to campaign for the next 18 months. Demagogues need bugaboos, and MS-13 and other assorted Latin American gangsters are the perfect ones for him.

But whether he gets that or not, it behooves Americans to know that the crisis at our border has a source, and that Trump continues to inflame it. The answer isn’t a big beautiful wall. It’s a real foreign policy. We used to know how to craft one.”

I thought this op-ed piece way above average, and praised Bret Stephens for being spot on in suggesting Trump might actually want to continue destabizing countries to our south. But these top comments do show, I was a little too generous on a major flaw.

While analysis is excellent, it’s perhaps inaccurate to blame Obama for creating the conditions that created the ISIS. That was created first by invasion of Iraq, which also benefited Iran. Then in particular by the decision to dissolve the Iraq army. And consider the US more or less told them if they surrendered – which they mostly did – they could keep thier jobs. Perhaps Obama should have negotiated harder to keep a US military presence in Iraq. But at the time there wasn’t much Democratic or Republican political support for continuing US military mission there. Blaming ISIS on that choice is a tad disingenuous.

“Colombia is South America’s great turnaround story. And nobody today worries about a Colombian migration crisis.” And Colombia has taken in millions of refugees fleeing the economic/political collapse in Venezuela. Despite limited means, the people of Colombia have responded to this humanitarian crisis with a compassion sorely lacking on our borders. Instead of threatening American intervention in Venezuela, why don’t we do something to help Colombia to deal with this crisis until Maduro is gone? Of course that wouldn’t provide as many opportunities for Trumpian grandstanding, but might actually do some good.

“Barack Obama’s ill-judged military exit from Iraq in 2011 …” Hold on! First, why must we bring President Obama into every discussion? Second, why distort the truth? The decision to withdraw from Iraq was signed by President Bush and the Iraqi government did not want the US troops there. The perpetual “Obama defense” on everything is wearing thin. Please be more careful to state the facts. A simple search will find reliable sources fact-checking this tired story. Why do you still use it?

Jan. 9, 2019,  675 c
President Trump made his first prime-time Oval Office address on Tuesday night.
Credit,  Joshua Bright for The New York Times
“The people who didn’t want television networks to cede a prime-time hour last night — or, as it turned out, a prime-time 10 minutes — to the president of the United States were implicitly giving Donald Trump a credit that he does not deserve. There is a kind of silver-tongued orator who can persuade in any situation, who like Caesar’s Mark Antony can find a crowd leaning one way and leave them stirred up for the opposite cause, who is legitimately dangerous when given a rostrum or a soapbox or a prime-time speech. But that is not our president: His rhetoric is a bludgeon, and what we saw last night was just an attempt to club his enemies and critics with the same arguments he’s made a thousand times before.

In fairness to Trump, the immigration bludgeon was effective once — for two reasons that played out in surprising ways across the 2016 campaign. First, Trump-the-candidate’s dire warnings about criminals and terrorists crossing the southern border dovetailed with two 2016-specific trends — the spike in violent crime after decades of decline, and the rash of Islamic State-inspired attacks on both sides of the Atlantic.

Second, the extremity of his rhetoric persuaded skeptics of mass immigration, long burned by politicians of both parties, that Trump would not betray them. In a political landscape where every year seemed to bring a new bipartisan push for amnesties and immigration increases, his xenophobic style was an effective political marker for anyone with inchoate anxieties about immigration. You didn’t have to literally believe that he would build the Wall and make Mexico pay for it to regard that wild promise as evidence that he would be more genuinely restrictionist and hawkish on the issue than politicians merely paying lip service to “border security.”

But the problem for Trump is that presidents have to deal with changing circumstances and cope with unexpected crises, not just fulminate in the same style regardless of the context. And the world of 2019 looks different than the world in which he campaigned. The crime rate didn’t keep rising, the pace of terror attacks hasn’t quickened, and fate has given him an immigration crisis that’s substantially different than the crisis of murderers and terror plotters that he invoked in his campaign rhetoric — a humanitarian crisis, a crisis of families and children, in which the problem isn’t the people that we can’t catch crossing the borders but the people who surrender willingly, hoping to exploit our overstrained asylum system and disappear with their kids into the American interior.” 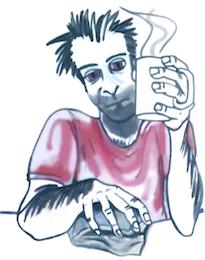 Mr. Douthat and the media focus on Trump, his wall, and the shutdown. The last is the only important part of that triplet, but the underlying issue that prompts the “crisis” is well and truly lost. We have a legitimate border problem because of who is coming and why. Families do not routinely decide to brave a 1000+ mile journey through dangerous territory to seek asylum on a whim. They are pushed by poverty, crime, and violence. The civil strife of Central America is fueling the flood of refugees. The “problem” will not be solved until those issues are addressed. These are not just problems located in Central America, but our own backyards. We have been waging the wrong war since Nixon was president. Rather than address the issues of drug addiction as a public health problem, we have criminalized it. The economic result has made the price of illegal drugs rise and move off-shore where criminal organizations now benefit from exporting to the US. As they struggle among themselves for primacy, their own neighborhoods have become war zones. The people living there, faced with lethal danger at home, decide to take their chances by going north. Solutions will not be easy by themselves. Even harder is convincing the heart of America that we really have a humanitarian and public health crisis. Trump is a tired general still fighting the war before the last war. Mr. Douthat would serve us better by talking about those twin crises than rehashing Trump’s rhetoric.