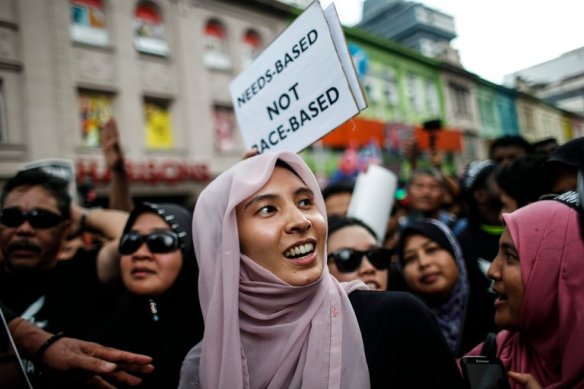 “KUALA LUMPUR, Malaysia — Nurul Izzah Anwar, an opposition member of the Malaysian Parliament, flew to the island of Borneo on Monday to participate in a local election campaign. She did not stay long.Immigration officials in Sarawak, a semiautonomous state with its own border controls, refused to let her enter. Ms. Nurul Izzah took the next plane home.“I am participating in legitimate political activity,” she said on Tuesday. “But I found myself immediately deported as soon as I arrived.”The Sarawak vote on Saturday is the first test of Prime Minister Najib Razak’s popularity — and of his willingness to compete in fair elections — since disclosures that almost $700 million had been mysteriously deposited in his personal bank accounts.”