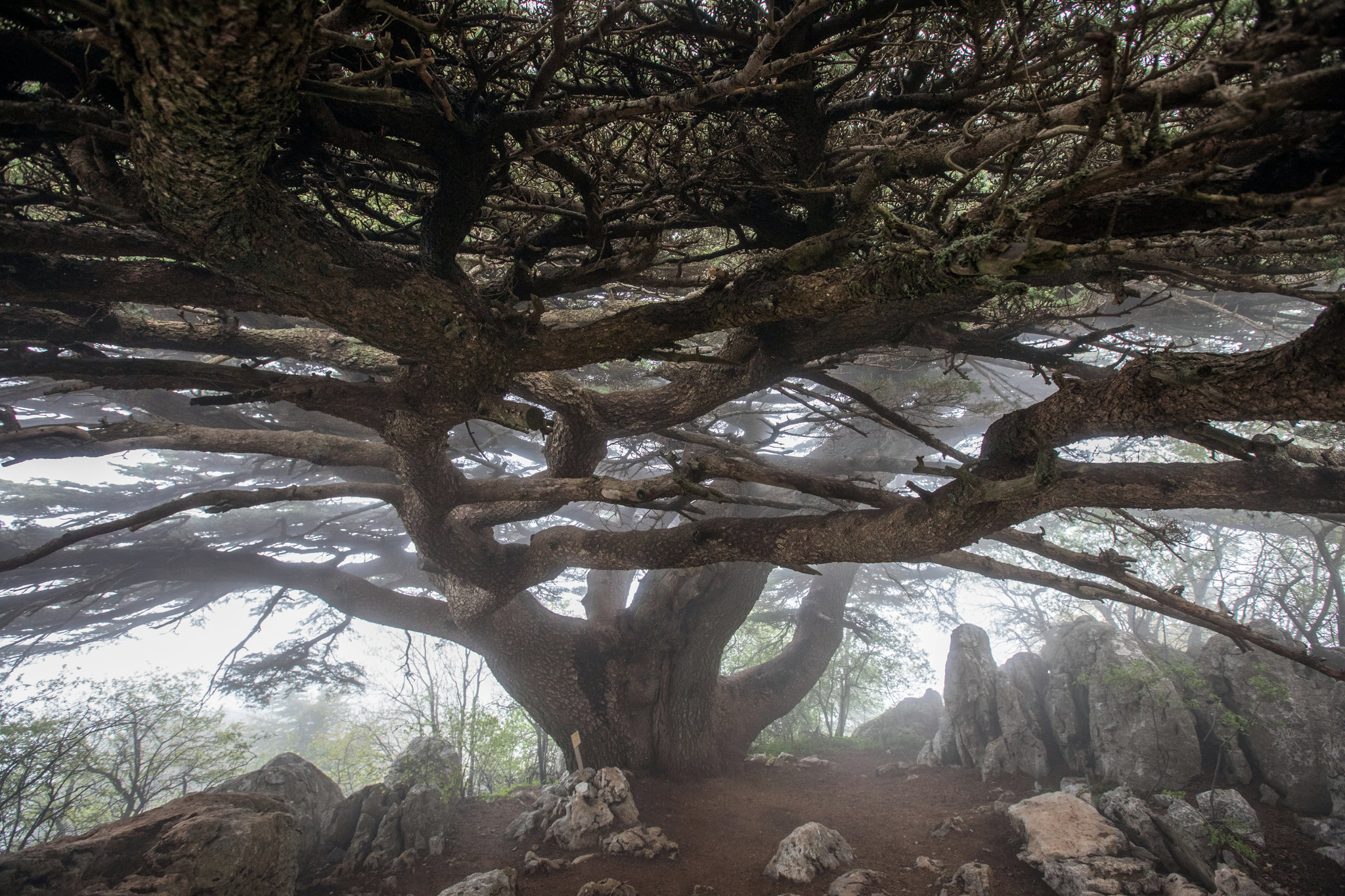 Anne Barnard, the New York Times Beirut bureau chief for the past six years, and Josh Haner, a Times photographer, went to Lebanon’s cedar forests to see how the trees are today.
JULY 18, 2018

BAROUK CEDAR FOREST, LEBANON — Walking among the cedars on a mountain slope in Lebanon feels like visiting the territory of primeval beings. Some of the oldest trees have been here for more than 1,000 years, spreading their uniquely horizontal branches like outstretched arms and sending their roots deep into the craggy limestone. They flourish on the moisture and cool temperatures that make this ecosystem unusual in the Middle East, with mountaintops that snare the clouds floating in from the Mediterranean Sea and gleam with winter snow.

But now, after centuries of human depredation, the cedars of Lebanon face perhaps their most dangerous threat: Climate change could wipe out most of the country’s remaining cedar forests by the end of the century.

As temperatures rise, the cedars’ ecological comfort zone is moving up the mountains to higher altitudes, chasing the cold winters they need to reproduce. But here in the Barouk forest, part of the Shouf Biosphere Reserve, south of Beirut, there isn’t much farther up to go. If the climate warms at the rates expected because of the continued rise of greenhouse gas emissions in the atmosphere, some scholars say that by 2100 cedars will be able to thrive only at the northern tip of the country, where the mountains are higher.

In the north, though, there are different problems. Lebanon’s densest cedar forest, the Tannourine Cedars Forest Nature Reserve, has lost more than 7 percent of its trees to insect infestations unknown before 1997. They are directly tied to a warming, drying climate.