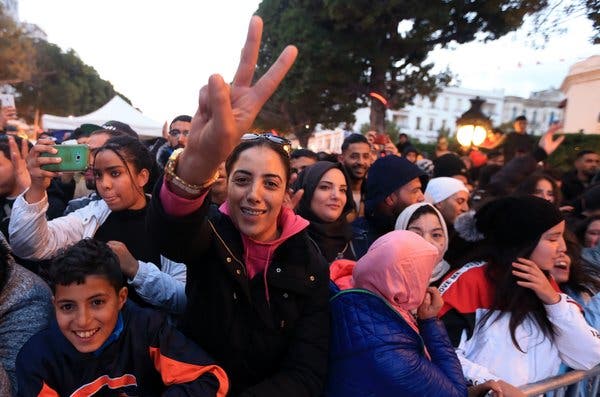 Tunisians last week celebrated the anniversary of their 2011 revolution.

“President Trump’s sudden announcement that he’s pulling U.S. troops out of Syria and shrinking their number in Afghanistan has prompted a new debate about American ground forces in the Middle East and whether keeping them there is vital or not. I’m asking myself the same question. To answer that question, though, I need to start with another question:

Why is it that the one Arab Spring country that managed to make a relatively peaceful transition from dictatorship to a constitutional democracy — with full empowerment for its women — is the country we’ve had the least to do with and where we’ve never sent soldiers to fight and die? It’s called Tunisia.

Yes, Tunisia, the only Middle East country to achieve the ends that we so badly desired for Iraq, Syria, Egypt, Libya, Yemen and Afghanistan, did so after having hosted more U.S. Peace Corps workers over the last 50 years than U.S. military advisers and after having received only about $1 billion in U.S. aid (and three loan guarantees) since its 2010-11 democracy revolution.

By comparison, the U.S. is now spending about $45 billion a year in Afghanistan — after 17 years of trying to transform it into a pluralistic democracy. That is an insane contrast. Especially when you consider that Tunisia’s self-propelled democracy is such an important model for the region, but an increasingly frail one.”