“ISLAMABAD, Pakistan — I am angry. All the time. I’ve been angry for years. Ever since I began to grasp the staggering extent of violence — emotional, mental and physical — against women in Pakistan. Women here, all 100 million of us, exist in collective fury.

“Every day, I am reminded of a reason I shouldn’t exist,” my 19-year-old friend recently told me in a cafe in Islamabad. When she gets into an Uber, she sits right behind the driver so that he can’t reach back and grab her. We agreed that we would jump out of a moving car if that ever happened. We debated whether pepper spray was better than a knife.

When I step outside, I step into a country of men who stare. I could be making the short walk from my car to the bookstore or walking through the aisles at the supermarket. I could be wrapped in a shawl or behind two layers of face mask. But I will be followed by searing eyes, X-raying me. Because here, it is culturally acceptable for men to gape at women unblinkingly, as if we are all in a staring contest that nobody told half the population about, a contest hinged on a subtle form of psychological violence.

“Wolves,” my friend, Maryam, called them, as she recounted the time a man grazed her shoulder as he sped by on a motorbike. “From now on, I am going to stare back, make them uncomfortable.” Maryam runs a company that takes tourists to the mountainous north. “People are shocked to see a woman leading tours on her own,” she told me.”

On Tuesday, Mr. Biden suggested that he had not opposed the raid, saying he told the president in a one-on-one conversation “that I thought he should go but to follow his own instincts.” That seemed to conflict with the public memories of others who were involved in the decision and who suggested that Mr. Biden was against the raid.

Leon Panetta
Mr. Panetta, who was the director of the C.I.A. at the time and strongly supported the raid, wrote in his memoir, “Worthy Fights,” that Mr. Biden “argued that we still did not have enough confidence that bin Laden was in the compound, and he came out firmly in favor of waiting for more information.”

Mr. Gates, then the defense secretary, wrote in his book, “Duty: Memoirs of a Secretary at War,” that he and Mr. Biden were the “two primary skeptics, although everyone was asking tough questions. Biden’s primary concern was the political consequences of failure.”

In his book, “The Great War of Our Time,” Mr. Morell, then a deputy to Mr. Panetta, characterized Mr. Biden as “unconvinced about the intelligence and concerned about what a failed mission would do” to the United States’ relationship with Pakistan.

In her memoir as secretary of state, “Hard Choices,” released last year, Mrs. Clinton described Mr. Biden as being among the skeptics of a raid, although she touched on his role only lightly. But on the public-speaking circuit before the book’s release, Mrs. Clinton described herself as steadfastly in Mr. Panetta’s corner in support of the raid.

Yet there were several meetings leading up to the surprise attack in Pakistan, and some people appeared to give weight to different factors at different points. Mr. Panetta, for instance, wrote in his book that Mrs. Clinton “acknowledged that more time might give us better intelligence, a sentiment others advanced as well, but she concluded that this was a rare opportunity and believed we should seize it.”

“When asked specifically whether he had advised against the raid, Mr. Biden said: “Let me put it this way: My advice was, follow your instincts, knowing what his instinct was.”

On Tuesday, Mr. Biden’s evolution continued. Before an audience at George Washington University, Mr. Biden said he never gave Mr. Obama definitive advice on controversial issues in front of other officials, mindful that he did not want the rest of the team to see a difference between his opinion and that of the president. With others around them, Mr. Biden said he suggested one more pass over the Abbottabad compound with an unmanned aerial vehicle, or drone.

After the meeting in the Situation Room, though, Mr. Biden said he privately gave the president his real view. “As we walked out of the room and went upstairs, I told him my opinion, that I said that I thought he should go but to follow his own instincts,” Mr. Biden said Tuesday.” 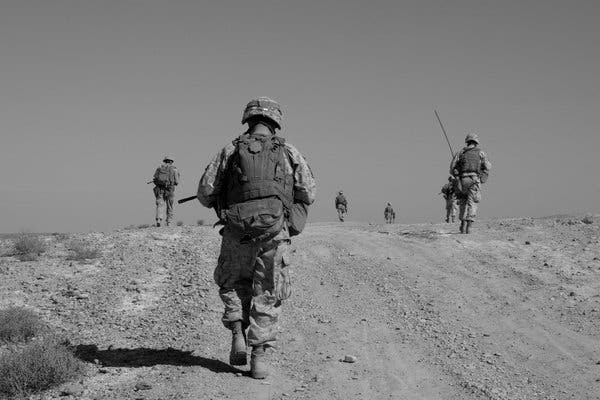 “KARACHI, Pakistan — The latest Academy Award for a filmmaker from Pakistan is focusing attention on so-called honor killings of women in the country, with the prime minister and other senior officials vowing to strengthen laws against the practice.From Our AdvertisersOn Sunday, the filmmaker, Sharmeen Obaid-Chinoy, won the Oscar for best documentary short for her film “A Girl in the River: The Price of Forgiveness,” which depicts the survivor of an attempted honor killing who was forced to publicly forgive her family for trying to murder her.Human rights activists in Pakistan have been pressing the state for decades to halt the attacks, in which family members believe they are restoring their honor by killing women who have eloped or had an unsanctioned relationship outside marriage. But such attacks have remained common, with more than 700 women killed in Pakistan in 2014 alone, according to statistics by the Aurat Foundation, a women’s rights advocacy group.”