“My Old Kentucky Home, Goodnight,” as it was originally titled, was written by Foster in the 1850s as an anti-slavery song, inspired by Harriet Beecher Stowe’s Uncle Tom’s Cabin and following the same story arc as Stowe’s title character. His initial working title was “Poor Uncle Tom, Goodnight.”

The song emphasizes the humanity and close family ties of the enslaved population at a time when African Americans were routinely dehumanized and caricatured. The opening scene in Uncle Tom’s Cabin features a slave trader explaining that black people do not have the same tender emotions as white people, a rationalization for selling their children for profit. “My Old Kentucky Home” is a rebuke to that racist thinking.

In My Bondage and My Freedom, abolitionist luminary Frederick Douglass, himself formerly enslaved, wrote that the song “awakens sympathies for the slave, in which antislavery principles take root, grow, and flourish.”

The great Paul Robeson, the black singer, Shakespearean actor, and political activist of the mid-20th century, delivered a rendition with most of the original sorrowful lyrics—including a racial slur that no one would use today—that makes Foster’s meaning painfully clear.

The verse sung at Churchill Downs, often by affluent, white crowds, looks different when taking into account that Foster’s singer was describing a slave trader coming to steal away a family member:

The young folks roll on the little cabin floor,
All merry, all happy, and bright.
By and by hard times comes a-knocking at the door,
Then my old Kentucky home, good night.

The day goes by like a shadow o’er the heart,
With sorrow where all was delight.
The time has come when the darkies have to part,
Then my old Kentucky home, good night.

The facts surrounding the composition of this song point to the influence of Uncle Tom’s Cabin rather than a visit to Kentucky. Foster may or may not have visited his cousins in Bardstown, Kentucky at their mansion Federal Hill, but the original sketch of this song, dating from 1852, substitutes “Poor Uncle Tom” for “My Old Kentucky Home” and aligns Foster’s sympathies with the Abolitionist movement.

Tom Paxton and John McCutcheon have written a heartfelt, stirring song, “Ukrainian Now,” that touches us all. Noel Paul Stookey edited this beautiful video that includes the voices of Peter Yarrow, Bill Miller, Tret Fure, Holly Near, Emma’s Revolution, Rebel Voices, Crys Matthews, Carrie Newcomer, Christine Lavin and Joe Jencks – whose playing of the electric bouzouki adds a haunting compliment to the piano of McCutcheon. The lyrics scroll across the screen and the sheet music is at the end. Please share far and wide. As Holly says at the video’s conclusion, “We are all Ukranian, now…”

“Opening day of the Major League Baseball season, which falls on Thursday after being delayed for a week by a labor dispute, is as good an occasion as any for fans of the game to come to terms with certain hard facts. I am talking, of course, about the inevitable future in which professional baseball is nationalized and put under the authority of some large federal entity — the Library of Congress, perhaps, or more romantically, the National Park Service.

Like the Delta blues or Yellowstone National Park, baseball is as indelibly American as it is painfully uncommercial. Left to fend for itself, the game will eventually disappear.”

David Lindsay Jr.
Hamden, CT | NYT Comment
It was a commenter who pointed out this might not be entirely serious. It is hard to be funny. The top comments certainly are more pointed as to why most of us can’t afford the luxury of $500 nights out to watch adult men play and have fun. I feel about English based, ritual, Morris and Sword dancing, the way this fellow cares about baseball, but I’m not whining for government bailouts and protections for Morris dancing. But subsidies might help.
David Lindsay Jr is a writer, who founded the New Haven Morris and Sword Team, which kept dancing during the pandemic on zoom, and after 45 years of joy and glory, is circling the drain. It takes six dancers, a musician and a fool, to field a full side.

“. . . In addition, Child was instrumental in establishing the American Folklore Society, serving as its first president from 1888 to 1889. But sadly, Child did not live to see that movement flower in subsequent years, and he died doubting his work had relevance to a modern age. “If he’d lived just a little longer,” says Mark F. Heiman of Loomis House, which published a handsome new edition of The English and Scottish Popular Ballads, “he would have seen the golden age of the ballad collector and folklorist. He would have seen how important his life’s work really was.” 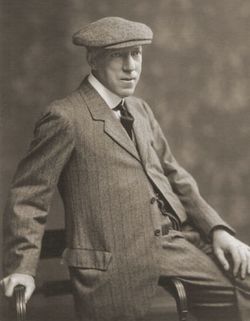 Child’s work went on to inspire a whole new generation of folklorists, men and women who weren’t quite so convinced that the oral tradition was irretrievably dead and gone. One of them was Cecil Sharp, who began collecting English folk songs and dance tunes in the early years of the twentieth century. Sharp was a trained musician, and unlike Child he was also interested in preserving the music of the ballad tradition rather than viewing ballads primarily as poetry. He noted that the Child ballads were rarely part of the repertoire of the elderly singers he listened to in the countryside; they’d been replaced by broadside ballads and other more recent songs. Sharp wondered if the older ballads might have survived among the British and Scottish settlers in America, particularly among the descendants of settlers in isolated mountain regions, where “pennysheets” of modern ballads would not have been available. Between 1914 and 1918, Sharp made two extensive trips through the Appalachian Mountains, collecting over a thousand songs with the aid of his secretary, Maud Karpeles. Sharp and Karpeles discovered that many of the Child ballads were indeed still known and performed in Appalachia, although sometimes the titles and lyrics had changed somewhat in this new setting. Sharp published these ballads in his now-classic English Folk Songs from the Southern Appalachians, which in turn inspired new folklore studies and new collection efforts throughout the United States.”

Barbara Ruth, it was great talk with you the other evening. Francis James Child came before Cecil Sharp, and was from Boston, then a Professor of English Literature at Harvard. He was not trained as a musician, and was interested in the old songs mostly as representations of traditional poetry. Sharp was a musician, and he collected the melodies, including the variants he found. Both men were giants in the Anglo-American folk music and dance revival. Child was the pioneer. Sharp was the talented disciple, who honored and surpassed his teacher.

“Larry Gordon, the Marshfield resident known for creating community choruses in Vermont and reviving the shape note singing style around the world, died Tuesday at UVM Medical Center, where he’d been in a coma since a Nov. 1 bicycle accident.

Gordon, 76, was taken off life support earlier in the day and had been breathing on his own, according to Sinead O’Mahoney, one of the workshop leaders of Village Harmony, the nonprofit Gordon founded. His former partner, Patty Cuyler, confirmed his death Wednesday morning.

“Generation after generation of teenagers went through his (music) camps and were transformed by the experience of singing together,” said Peter Amidon, a Brattleboro-based choral arranger and director of the Guilford Community Church choir. “Larry got them to become lifelong singers.” Amidon’s two sons, both professional musicians, are among them.

Gordon brought shape note singing to Vermont in the early 1970s, according to Mark Dannenhauer, a Shutesbury, Massachusetts-based photographer and videographer long associated with Bread and Puppet Theater. He recalled Gordon introducing the emotionally visceral a cappella music in the puppeteers’ living quarters when Bread and Puppet was in residence at Goddard College’s Cate Farm. The theater troupe’s founders, Peter and Elka Schumann, took to it enthusiastically, Dannenhauer said. Their 1972 performance of Stations of the Cross was the first time shape note singing surfaced in a Bread and Puppet production and in the years since it has been a frequent element in the group’s performances.

A gathering was held Tuesday afternoon at Gordon’s home in Marshfield and other vigils took place in Brattleboro, Boston, Western Massachusetts, New York, Washington, D.C., the San Francisco Bay area, Seattle, England, Germany and South Africa, according to Suzannah Park, chair of Village Harmony’s board of directors. Some 200 people sent notes to be placed in Gordon’s casket before cremation, according to Park.

A Facebook page titled “Love for Larry Gordon” has drawn more than 900 members, several of whom have shared links to recordings they made honoring Gordon. The musical tributes came from members of Trendafilka, a New Orleans-based polyphonic singing group; a cellist named Sarah Birnbaum Hood who recorded the four-part harmony of a song on four different cello tracks; a church in Corsica; and Bongani Magatyana, a South African musician who leads Village Harmony workshops.  . . . . ”

“The weird American reality has spawned a line of great satirists: Mark Twain, H.L. Mencken, Dorothy Parker, Paul Krassner, Molly Ivins, to name just a very few who have shredded the veneer of sanctimony from many a pillar of culture and politics. In that same vein thrives Carol Denney, with roots in West Virginia, but for more than five decades a proud and prominent Berkeley troublemaker. Her bio would be an ample vita for four people: musician, artist, activist, and writer, but she wraps all of that into one slender frame.

Since the founding hours of People’s Park, Denney has been wielding the pen as a dart gun whenever targets popped up. In the mid 90s she began firing regular salvos monthly. At first she edited Hard Times — “It’s Free, and its’ Funny” — and then, under the nom de plume Grace Underpressure, she morphed that broadsheet into Pepper Spray Times.”

Green Village Initiative (GVI)
1gtSSponshlored  ·
This Friday Harvest Fest concludes with “Songs of Nature and the Human Spirit, Climate Change and the 6th Extinction” performed by @davidlindsayjr and Kathleen Schomaker.
Tune in at 7pm 10/30
Zoom link: https://us02web.zoom.us/j/84530165689
Or find us on Facebook live!
https://www.facebook.com/greenvillageinitiative/posts/3718021504883417

Last night Paul McGuire and I taught morris jigs on zoom to the New Haven Morris and Sword Team, for the last time till we resume in September. However, in September, I will argue that we can meet and practice outside. I am now playing tennis regularly outdoors, and as the article below suggests, outdoors is much safer than indoors, may 18.7 times safer.

Conditions at the demonstrations may not have been conducive for transmission, mainly because the protests occurred outdoors, epidemiologists said.

The virus spreads far more easily indoors than outdoors, and close contact indoors is believed to be the main driver of transmission, epidemiologists say. One study based on a review of 110 cases in Japan found that the odds of transmission were 18.7 times higher in closed environments — everything from fitness studios to tents — than in open-air environments. Another study involving a review of thousands of cases in China found only a single instance of outdoor transmission.

In Minnesota, where Mr. Floyd was killed, cases among young adults climbed substantially over June. But officials said that gatherings in re-opened bars were partly to blame.”