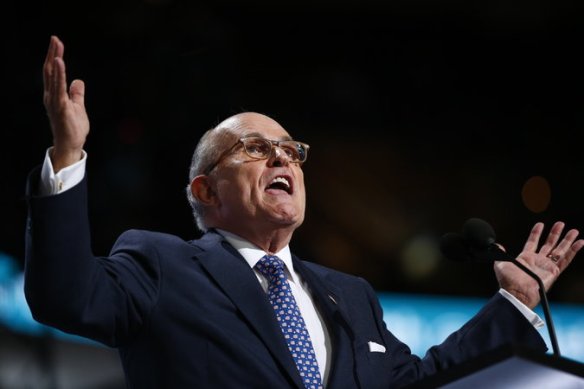 “This week, I felt almost nostalgic for kinder, gentler Pat Buchanan as the Republicans opened a national convention that has adopted the most right-wing platform in history and will soon anoint the most unqualified candidate for president in memory.

For President Bush in 1992, fear and division were a sideshow. Now they are the main event.On the convention’s opening night, Rudy Giuliani, the former mayor of New York, gave a speech that was raw anger and hatred. Giuliani’s tirade swamped whatever Trump hoped to accomplish by having his wife talk about what a wonderful guy he is.”