“In the weeks since Adam Newbold, a former member of the Navy SEALs, was identified as part of the enraged crowd that descended on the Capitol on Jan. 6, he has been interviewed by the F.B.I. and has resigned under pressure from jobs as a mentor and as a volunteer wrestling coach. He expects his business to lose major customers over his actions.

But none of it has shaken his belief, against all evidence, that the presidential election was stolen and that people like him were right to rise up.

It is surprising because Mr. Newbold’s background would seem to armor him better than most against the lure of baseless conspiracy theories. In the Navy, he was trained as an expert in sorting information from disinformation, a clandestine commando who spent years working in intelligence paired with the C.I.A., and he once mocked the idea of shadowy antidemocratic plots as “tinfoil hat” thinking.

Even so, like thousands of others who surged to Washington this month to support President Donald J. Trump, Mr. Newbold bought into the fabricated theory that the election was rigged by a shadowy cabal of liberal power brokers who had pushed the nation to the precipice of civil war. No one could persuade him otherwise.”

Deeply disturbing story. It actually left me with virtigo.  Here are the two most popular comments, which helped me grow more calm and centered.

There is a real tendency in this country to automatically apply hero status to anyone in uniform. Here in New York, post 9/11 cops were afforded hugely outsized reverence, regardless of who the individual was behind the badge. This aura only grows when describing somebody as well trained and disciplined as a Navy Seal. That rare position has mythical status, automatically exalting the person. It is dangerous to forget that, regardless of rank or title, these are just people. People can be susceptible. People can be prone to fantasy, or delusions. I secretly reject the automatic hero status & credibility these titles impart, because it lets bad apples off the hook. Maybe this guy is a Seal, but to me he’s a dangerously well trained conspiracy theorist who should be regarded as such, full stop. 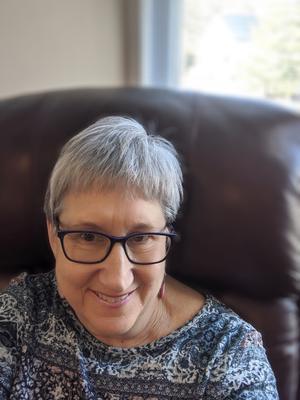 ““I tried to reason with him, show him facts, and he just went nuclear.”” Almost one third of the country thinks like this. There’s a fine line between patriotism in the original sense of the word, and fascism. All it takes is a desire to believe. The Trump phenomen is nothing new, as Eric Hoffer wrote seventy years ago in “The True Believer.” The question is, in a fractured society like ours, what are we going to do about all the Adam Newbolds out there? We’re moving from isolated malcontents like the perpetrator of the Oklahoma bombing to a true mass movement dominated by one party so cutlike and outrageous that it’s chilling it’s growing so fast. A free democratic society can’t exist when there’s no common ground on what constitutes reality.