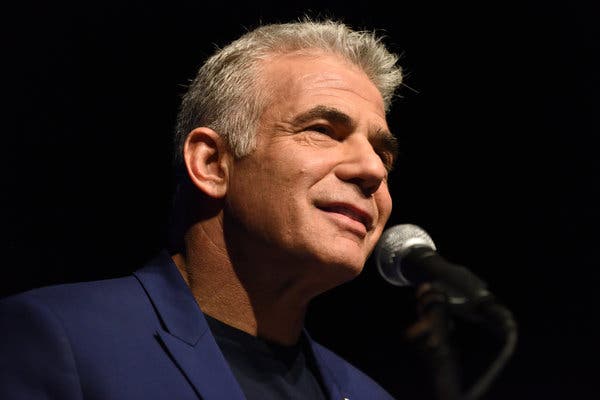 “. . . .  Mr. Lapid is aware of this. “Security will be the first demand every Israeli in his right mind will talk to you about,” he told me.

“There several issues in which the majority of Israelis — 70 to 80 percent — think approximately the same,” he said. “We are all students of the disengagement of 2005, in which Israel did what the world asked us to do. We left Gaza. We dismantled the settlements. And I supported it at the time. But you know what? It was a mistake, doing it unilaterally. The only thing that happened is that less than a year later they voted Hamas into power. We left them with 3,000 greenhouses for them to build an economy and instead they built training camps” for jihadis.

So where does that leave the West Bank? Can the occupation go on indefinitely?

He paused. “It’s a very American question.” Because Americans think “everything is fixable.”

“Really, really wanting something or desiring something strongly is just not enough,” he said. “I’m not willing to see one Jew die because someone took an unnecessary risk in the name of values I really cherish. Like peace, like humanity, like people’s need for self-recognition.” “

via Opinion | Can This Man Oust Netanyahu? – The New York Times