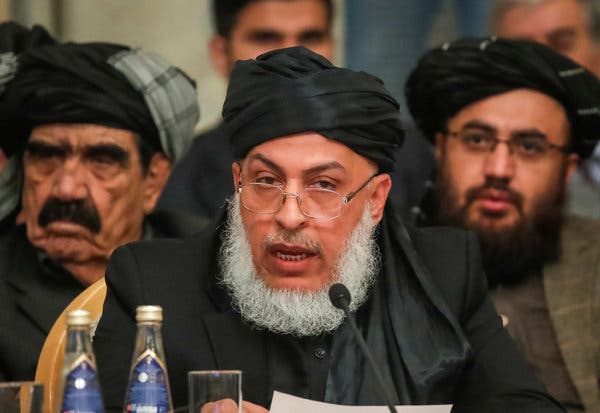 “The United States and the Taliban made progress in peace talks in late January after coming to a basic understanding about withdrawing American troops in return for Taliban commitments to prevent Afghanistan from becoming a safe haven for transnational terrorists. An agreement between the United States and the Taliban has been long overdue — as part of a broader settlement also involving the Taliban’s Afghan opponents — and is the way out of a war without victory.

The fear of Afghanistan-based terrorists attacking the United States has been the key reason for keeping American troops in the country and keeping the Taliban out of power, but it is rooted more in perception than in reality.

The transnational terrorist threat from Afghanistan has been exaggerated. For years, I have puzzled over claims from American and Afghan officials that 20 terrorist groups operate in Afghanistan. Ashraf Ghani, the president of Afghanistan, portrayed the country as a “front line” in the global fight against terrorism. These statements make the Afghan conflict appear terribly chaotic.

The reality is that the Afghan war is a two-sided struggle, something increasingly rare in the fragmented landscape of modern warfare. The conflict in Afghanistan is simpler than the multifactional wars in Syria, Iraq, Libya and Yemen. Almost every battle in Afghanistan involves the Taliban fighting the government forces, which makes insurgency almost synonymous with the Taliban.”