“SAN FRANCISCO — Despite a trade war between the United States and China and past admonishments from President Trump “to start building their damn computers and things in this country,” Apple is unlikely to bring its manufacturing closer to home.

A tiny screw illustrates why.

In 2012, Apple’s chief executive, Timothy D. Cook, went on prime-time television to announce that Apple would make a Mac computer in the United States. It would be the first Apple product in years to be manufactured by American workers, and the top-of-the-line Mac Pro would come with an unusual inscription: “Assembled in USA.”

But when Apple began making the $3,000 computer in Austin, Tex., it struggled to find enough screws, according to three people who worked on the project and spoke on the condition of anonymity because of confidentiality agreements.

In China, Apple relied on factories that can produce vast quantities of custom screws on short notice. In Texas, where they say everything is bigger, it turned out the screw suppliers were not.”

Source: A Tiny Screw Shows Why iPhones Won’t Be ‘Assembled in U.S.A.’ – The New York Times 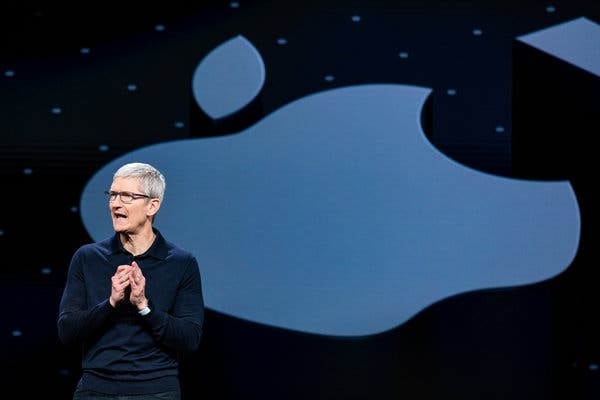 39 comments
SAN FRANCISCO — In 1997, Apple was on the ropes. The Silicon Valley pioneer was being decimated by Microsoft and its many partners in the personal-computer market. It had just cut a third of its work force, and it was about 90 days from going broke, Apple’s late co-founder, Steve Jobs, later said.

On Thursday, Apple became worth more than $1 trillion when its shares briefly climbed to $207.05, two days after the company announced the latest in a series of remarkably profitable quarters.

Apple’s ascent from the brink of bankruptcy to the world’s most valuable company has been a business tour de force, marked by rapid innovation, a series of smash-hit products and the creation of a sophisticated, globe-spanning supply chain that keeps costs down while producing enormous volumes of cutting-edge devices.

That ascent has also been marked by controversy and tragedy. Apple’s aggressive use of outside manufacturers in China, for example, has led to criticism that it is taking advantage of poorly paid workers in other countries and robbing Americans of good manufacturing jobs.

via Apple Is Worth $1 Trillion; 21 Years Ago It Was on the Brink of Bankruptcy – The New York Times

David Lindsay:  An amazing story. However, there is an underside, revealed by the following comment I recommended:

The day I celebrate this milestone is the day Apple pays its taxes. They pretend to be a force for good for their community and yet twist themselves into pretzels finding ways to avoid paying taxes in the US. The best, most equitable way they could contribute to their community would be to pay their fair share towards the costs of the country that has enabled them to become the huge success they are. Spare us the argument that they’re doing what’s best for their shareholders by limiting their tax liability. Exploiting loopholes in the name of the fiduciary duty owed to shareholders is unethical and should be illegal. The average taxpayer has no such “legal” argument and neither should corporations.