“Temperatures in the Arctic region remained near record highs this year, according to a report issued on Tuesday, leading to low summer sea ice, cascading impacts on the regional food web and growing concerns over sea level rise.

Average temperatures for the year ending in September were the second highest since 1900, the year records began, scientists said. While that fell short of a new high, it fit a worrying trend: Over all, the past six years have been the warmest ever recorded in the region.

“It’s really showing that we have a system that’s under duress,” said Donald K. Perovich, a professor of engineering at the Thayer School of Engineering at Dartmouth College and the lead author of the report’s chapter on sea ice.

The results are from the annual Arctic report card, a peer-reviewed assessment produced by the National Oceanic and Atmospheric Administration that takes a broad look at the effects of climate change in the region and compares current findings with the historical record. The Arctic is of interest to researchers because it is warming twice as fast as the rest of the planet, causing changes both in the ocean and on land.”

. . . .    . . .    “The beef with beef
Agriculture was responsible for 9 percent of greenhouse gas emissions in the United States in 2016, according to the Environmental Protection Agency. While the sectors with the most emissions were transportation and electricity generation, at 28 percent each, United States agricultural emissions were still greater than Britain’s total emissions in 2014, according to data from the World Bank.

Cows and other ruminants are responsible for two-thirds of those agricultural emissions. Their guts produce methane, a powerful greenhouse gas that’s more potent at trapping heat in the atmosphere than carbon dioxide, though it also dissipates faster. Cows release some of that methane through their flatulence, but much more by burping.

Deer, camels and sheep also produce methane. But in the United States, it’s cows that primarily account for the 26.9 percent of methane emissions, more than any other source. Natural gas accounts for 25 percent.

via No One Is Taking Your Hamburgers. But Would It Even Be a Good Idea? – The New York Times 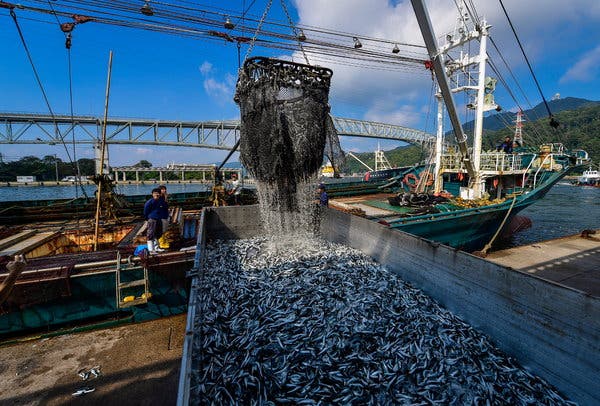 David Lindsay: It was minus 5 Farenheight here in Connecticut Sunday night. It was 40 degrees on Friday. We are experiencing the polar vortex.

“Find your long johns, break out the thick socks and raid the supermarket. After a month of relatively mild winter weather, the Midwest and the East Coast are bracing for what is becoming a seasonal rite of passage: the polar vortex.

The phrase has become synonymous with frigid temperatures that make snowstorms more likely. A blast of arctic air heralded the vortex’s arrival on Monday.

If it seems as if these polar freezes are happening more often, you’re right. “They are definitely becoming more common,” said Jennifer Francis, a senior scientist at the Woods Hole Research Center. “There have been a couple of studies that have documented that.”

The cold snap may feel especially shocking after an unusually warm few weeks. Colder temperatures have been arriving later in winter over the past few years, according to Judah Cohen, a climatologist at Atmospheric and Environmental Research, a weather risk assessment firm. But because of changes to the polar vortex, when wintry weather does arrive, it’s often more intense — witness the four back-to-back nor’easters last year.”

via Brace for the Polar Vortex; It May Be Visiting More Often – The New York Times 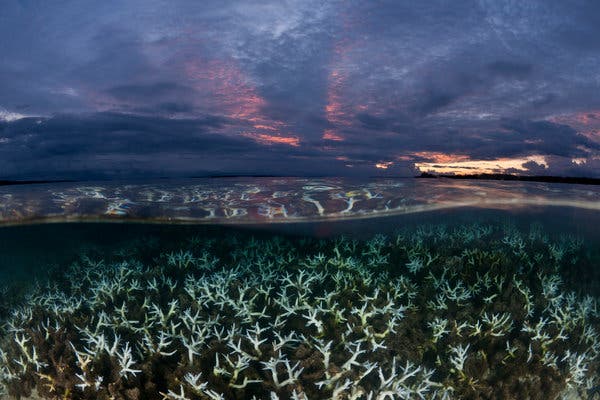 “Scientists say the world’s oceans are warming far more quickly than previously thought, a finding with dire implications for climate change because almost all the excess heat absorbed by the planet ends up stored in their waters.

A new analysis, published Thursday in the journal Science, found that the oceans are heating up 40 percent faster on average than a United Nations panel estimated five years ago. The researchers also concluded that ocean temperatures have broken records for several straight years.

As the planet has warmed, the oceans have provided a critical buffer. They have slowed the effects of climate change by absorbing 93 percent of the heat trapped by the greenhouse gases humans pump into the atmosphere.”

Greenhouse gas emissions worldwide are growing at an accelerating pace this year, researchers said Wednesday, putting the world on track to face some of the most severe consequences of global warming sooner than expected.

Scientists described the quickening rate of carbon dioxide emissions in stark terms, comparing it to a “speeding freight train” and laying part of the blame on an unexpected surge in the appetite for oil as people around the world not only buy more cars but also drive them farther than in the past — more than offsetting any gains from the spread of electric vehicles.

“We’ve seen oil use go up five years in a row,” said Rob Jackson, a professor of earth system science at Stanford and an author of one of two studies published Wednesday. “That’s really surprising.”

Worldwide- carbon emissions are expected to increase by 2.7 percent in 2018
, according to the new research, which was published by the Global Carbon Project, a group of 100 scientists from more than 50 academic and research institutions and one of the few organizations to comprehensively examine global emissions numbers. Emissions rose 1.6 percent last year, the researchers said, ending a three-year plateau.

Yes. Ugly and depressing.  Here are the top three comments which I endorsed:

I believe no leader of any country wants to be the first to admit that this problem cannot be solved. No one I know is in any way prepared to make the changes required in their lifestyle which will actually reduce their carbon footprint. Considering that agriculture alone produces 25% of our GHGs, and that thawing permafrost is utterly unstoppable and will double the CO2 already in the atmosphere, there is actually nothing we can do. Permafrost thaw cannot be reversed…and in fact is accelerating with multiple positive feedback mechanisms in play. The infrastructure changes required in the transport sector alone will take decades to implement…even if the political will to do so existed, which it doesn’t. And all the while Trump keeps reiterating that he doubts the IPCC report and the government’s climate report, stealthily released the day after Thanksgiving so it would go un-noticed. The deep connection between food production and fossil fuels is also widely misunderstood. Our current population could never have achieved that number without the use of fossil fuels, so it seems highly unlikely those two will be uncoupled anytime soon. Add to this increasing life spans and the insane fact people still want to have kids, and the situation becomes absolutely unsolvable without catastrophic drops in population.

Why isn’t this and all climate change news at the top of the feed constantly? (and I don’t mean just tertiary news such as wildfires). I remember jokes of pandas who can’t or won’t reproduce to save their species. Seems a bit hypocritical. The magnitude of the problem and the drastic nature of the long-term consequences – even best case scenarios – have me wondering why I must scroll or sign up for a special newsletter. It creates an environment where only those who already know are looking for what’s next. An echo chamber of sorts. The alarms should be sounding, loudly and continuously. A storm is coming, the wind is already rising. It’s strong enough that it’ll destroy our home. Shingles are already peeling up. But we’re busy picking out paint for the trim because the alarms aren’t sounding loudly enough. What good are storm sirens and emergency systems if the aren’t used? What good is media of any sort if, in the face of certain catastrophe, the lead is buried? Do better.

Birth control Birth control Birth control Solar, wind, hydro, geothermal, tidal, biomass and alternative energy technologies. Education. And less religious ignorance. There are ways to defuse this ticking demographic environmental time-bomb. https://www.greenmatch.co.uk/blog/2017/07/top-eu-countries-in-clean-energy Europe is making progress….the US, China and India are the problem children. Perhaps if the Gas Oil Pollution party would take its head out of its rear end and it bank account, they might ‘conserve’ the planet instead of raping it. Nice GOPeople.