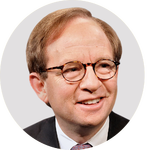 Mr. Rattner served as counselor to the Treasury secretary in the Obama administration.

“Every few days, fresh economic statistics roll out, each one almost invariably reinforcing the perception of a solid economy. In his State of the Union address on Tuesday night, President Trump reinforced that impression — and took credit for it.

He has ammunition. According to calculations by J.P. Morgan, Mr. Trump is the beneficiary of the strongest economic tailwind of any incumbent running for re-election since 1900.

But Democrats shouldn’t despair. While overcoming that tailwind will be a tough challenge, the economy isn’t as good as it looks. Equally important, on balance, Mr. Trump has had little to do with its continued expansion, providing several lines of attack for the opposition, as follows:

The Trump recovery is merely an extension of the Obama recovery. Yes, we’re adding jobs every month, and yes, the overall economy is growing. But the performance of both of these key headline indicators has not been anything for the president to brag about.”

“Senator Elizabeth Warren has unveiled her vision for how to pay for “Medicare for all” — a daunting mountain of new taxes and fees.

Thanks for providing us, Ms. Warren, with yet more evidence that a Warren presidency is a terrifying prospect, one brought closer by your surge in the polls.

Left to her own devices, she would extend the reach and weight of the federal government far further into the economy than anything even President Franklin Roosevelt imagined, effectively abandoning the limited-government model that has mostly served us well.

Ms. Warren may call herself a capitalist, but her panoply of minutely detailed plans suggests otherwise. She would turn America’s uniquely successful public-private relationship into a dirigiste, European-style system. If you want to live in France (economically), Elizabeth Warren should be your candidate.”

David Lindsay: I love Steve Rattner’s writing, but this is the weakest thing I’ve ever read by him. I don’t oppose Elizabeth Warren because she is wrong, she isn’t. I oppose her because I don’t think she would beat Trump in the electoral college, which is the only game in town for me.

Here are the two most liked comments in the NYT.  Rattner’s piece isn’t rubbish, but it is off, and both comments have merits:

This piece is rubbish and I say this as somebody with a PhD and an advanced understanding of economics. Our current economic system has built into its very design the perpetuation and worsening of inequality (read Piketty, Stiglitz, Saez, please) and the complete destruction of the climate system. Marginal efforts to address either will achieve just that—marginal effects. Warren’s plans can and will be tweaked but she’s got the basic right—fix equity and climate change through the redesign of capitalism, or face waaaaaay higher costs in the very near future, not to mention an unlivable planet.

What’s more disruptive, foreclosing on millions of Americans during the housing crash, or protecting them from Wall Street predators? What’s more disruptive, suing patients for unaffordable medical bills, and charging privately-insured patients ten times the cost of care, or covering all Americans with Medicare? Is it really “free enterprise” when the hospital contract is, essentially, “your money or your life”? What’s more radical, leaving corporations with more than $1 billion in charge of our government, or asking them to act responsibly? I am so sick and tired of hearing moderate Democrats charge Warren with being a radical who wants disruptive change when we are enduring radical and disruptive change and she it just trying to fix it.

“The economy invariably ranks among the top issues on the minds of voters in presidential elections. At the moment, it appears to offer President Trump a meaningful tailwind.

But how big is that tailwind? Fortunately, economists have worked hard to develop models for predicting election outcomes, and according to one of the best of these, it should be quite large.

One of the first — and perhaps still the best — of these models was created by Ray Fair, a professor at Yale. He found that the growth rates of gross domestic product and inflation have been the two most important economic predictors — but he also found that incumbency was also an important determinant of presidential election outcomes.

In short, while not perfect, the Fair model has done remarkably well. In 2008, it predicted that Barack Obama would receive 53.1 percent of the popular vote; his share actually totaled 53.7 percent. In 2012, when Mr. Obama was running for re-election, its final estimate was a vote share of 51.8 percent, just two-tenths of one percent less than what the incumbent president received. (For Mr. Obama in 2012, the power of incumbency helped offset a still-recovering economy.)”

David Lindsay Jr.
Hamden, CT | Pending Approval
Steven Rattner writes, “Why are so many economists, even conservative ones, in favor of a massive new tax? Because markets do not always price in “externalities” like pollution. In addition to cutting consumption, raising the price of carbon would arguably do more to encourage development of alternative power sources than all the massive new government spending programs that advocates of the Green New Deal envision.” Thank you Steve Rattner, for your clarity and wisdom. I hope Alexandria Ocasio-Cortez and every democrat running for president studies this. The intelligence of this approach, is that the GOP should and will support it with the right leadership, since it is the proper conservative approach. Rattner doesn’t mention that more will be needed, he is selling something that could get both parties in congress together in the near future. We need to get this all in place, and then review if 5% increases every year will get us to where we want to go. This is a first important step to take to shift the American economy into a sustainable future, and it already has bipartisan support.
x

Rattner also writes, “Fortunately, there is a better way to address the climate problem at far lower cost to the economy: a tax on greenhouse gas emissions. That can be imposed in any number of ways. The 18.4 cent federal gasoline tax, for example, hasn’t been increased since 1993 even as most other developed countries impose far higher levies.

A particularly thoughtful proposal has come from the Climate Leadership Council, a bipartisan organization that counts more than 3,300 economists among its signatories. Elegant in its simplicity, the key provision would be the imposition of an escalating tax on carbon. At an initial rate of $43 per ton, the levy would be roughly equivalent to 38.2 cents per gallon of gasoline.

To prevent polluters from fleeing overseas, the tax would be imposed on imports from countries lacking a similar provision while exports to those countries would not be taxed. While difficult to implement, that component is important to work out.” 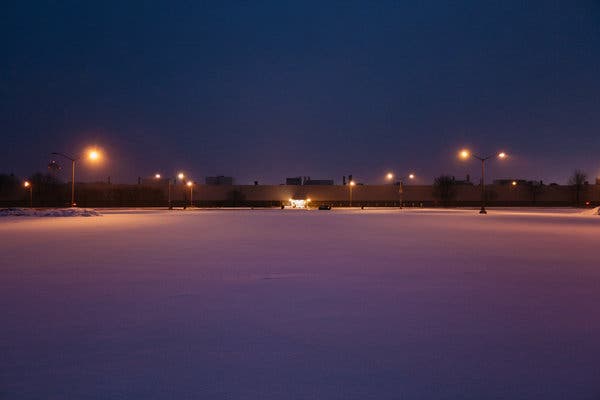