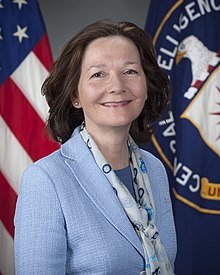 “On May 9, 2018, Haspel appeared before the Senate Intelligence Committee for a confirmation hearing.[75]Haspel’s letter to Sen. WarnerOn May 14, Haspel sent a letter to Senator Mark Warner of Virginia stating that, in hindsight, the CIA should not have operated its interrogation and detention program.[76] Shortly thereafter, Sen. Warner announced he would back Haspel when the Senate Intelligence Committee voted on whether to refer her nomination to the full Senate.”[76]