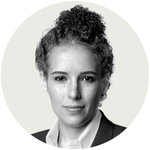 By Elizabeth A. Harris

“Kim Kardashian West breezed into a steakhouse in Washington, D.C., last month, wearing a bright white outfit with a giant fabric flower on the lapel. Technically, it was a pantsuit, but tighter and more fabulous than its Beltway cousins.

Inside the restaurant, Charlie Palmer, with its plate-glass windows overlooking the dome of the United States Capitol Building, her sizable entourage roamed around an area with a dozen tables. At the center of one, preset with plates of tuna tartar and salad to share, Kardashian West took a seat with two lawyers and three women who had been released from federal prison just two weeks before. They did their best to pretend the “Keeping Up With the Kardashians” camera crew wasn’t floating a boom mic above their appetizers.

At a nearby table sat goody bags from the White House, packed with MAGA hats and signed commutation papers. That morning, Kardashian West had accompanied her guests there so President Trump could meet the women whose sentences he reduced and convince him to let other people out of prison, too.

She posted about each of the three women on Twitter that day: Crystal Munoz, whom she said was sentenced to 20 years for conspiracy to possess and distribute marijuana, and gave birth to her second daughter while wearing shackles. Judith Negron, who got 35 years for conspiracy to commit health care fraud, her first offense. And Tynice Hall, who spent almost 14 years in prison on drug conspiracy charges after her boyfriend used her house for his drug activities.”

David Lindsay Jr.
Hamden, CT | NYT Comment:
Fascinating and important article. Thank you Elizabeth A. Harris. I couldn’t believe I was paying attention to Kim Kardashian West, but she has decided to embrace one of my favorite causes, and I’ve done far less now than she has towards important sentencing reform.
My only pause was a reference to Fonda and Harry Belafonte, that sonded like a small, crass, unnecessary slight to Jane Fonda. Or did you mean her brother or father? In my humble opinion, KKW can’t yet hold a candle to the talented and service dedicated Jane Fonda. If you think I am crazy, take at a look at Jane Fonda’s academy award winning  film, Coming Home, or tune in to her most recent work to fight against  climate changine green house gases.
But it looks like KKW is growing in some wonderful ways.