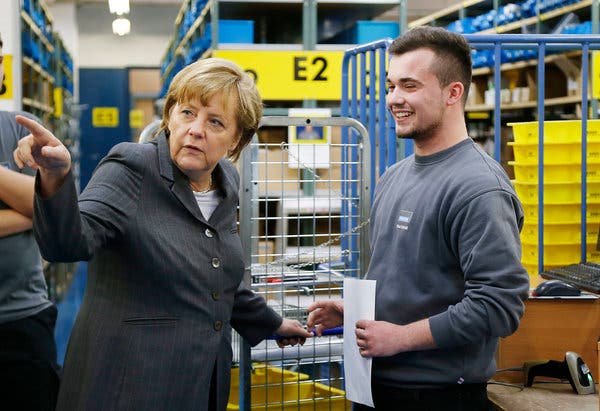 For those of us who still want to see a vibrant, unified Europe, our best hope for the moment is the faint chance for a second referendum on Brexit. If Prime Minister Theresa May’s plan on how to leave does not find approval in Westminster, the question of whether to leave with no deal at all could be put to the British people: Look, is this really what you want?

It is a remote possibility, yet it offers Ms. Merkel her own second chance — an opportunity to do everything she can to show British voters that the European Union is worth keeping. She could begin by endorsing limits — even slight ones — on the free internal movement of labor. Done right, it would send a signal that Brussels and Berlin are listening to voters, while doing minimal harm to Europe’s labor markets.

This would not hurt the principle of free movement as such. It would also be a move that the Germans themselves might find attractive, given that a new batch of countries — this time in the western Balkans — are lining up for membership. Whatever her answer, the choice is pretty clear for the European Union: reform, or face the next revolt.

Jochen Bittner is a political editor for the weekly newspaper Die Zeit and a contributing opinion writer.

via Opinion | Is Merkel to Blame for Brexit? – The New York Times