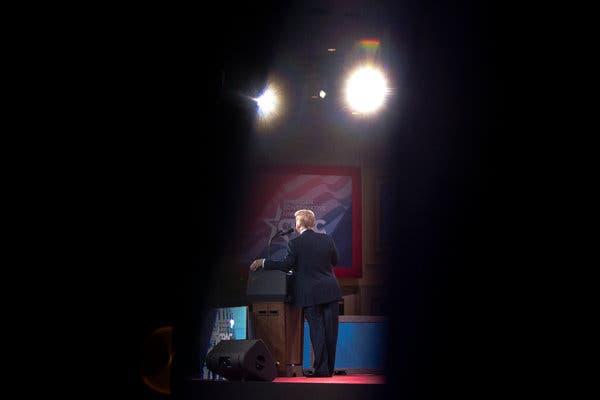 “The never-Trumpers are having an interesting debate over the question, Is it time to leave the Republican Party? George Will and Steve Schmidt say yes: The Trumpian rot is all the way down. Bill Kristol says not so fast: Once Donald Trump falls, the party could be brought back to health, and the fight has to be within the party as well as without it.

My instinct is that we can clarify this debate by returning to first principles. Everybody in the conversation is conservative. Where do conservative loyalties lie? How can we serve those loyalties in these circumstances?

Conservatism, as Roger Scruton reminds us, was founded during the 18th-century Enlightenment. In France, Britain and the American colonies, Enlightenment thinkers were throwing off monarchic power and seeking to build an order based on reason and consent of the governed. Society is best seen as a social contract, these Enlightenment thinkers said. Free individuals get together and contract with one another to create order.

Conservatives said we agree with the general effort but think you’ve got human nature wrong. There never was such a thing as an autonomous, free individual who could gather with others to create order. Rather, individuals emerge out of families, communities, faiths, neighborhoods and nations. The order comes first. Individual freedom is an artifact of that order.”

David Lindsay Jr.
Hamden, CT | Pending Approval at NYT comments.
Bravo David Brooks, you are amazing. As my father liked to say, don’t let the bastards get you down. Folks! The civil rights movement of the 1050”s and 60’s had wonderful leaders from diverse backgrounds and parties. Martin Luther King was one of many black church leaders and civil rights activists. He was helped by the likes of John Lindsay, who co-authored the civil rights act while working in the attorney general’s office for President Eisenhower. Lindsay and small group of mostly liberal Republicans forced the Kennedys to bring the civil rights act to a vote, and Lyndon Johnson, then the Vice President, and a southern conservative Democrat, was a leader of the management that got the civil rights act passed. All of these historical facts support David Brooks’ deep thinking on these difficult subjects.

David Lindsay Jr. is the author of “The Tay Son Rebellion, Historical Fiction of Eighteenth-century Vietnam,” and blogs at TheTaySonRebellion.com and InconvenientNews.wordpress.com