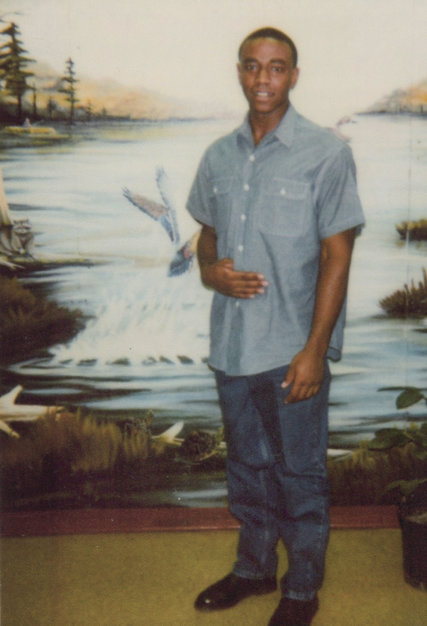 “The Supreme Court had people like Taurus Buchanan in mind this week when it reinforced a 2012 decision banning mandatory life-without-parole sentences for juveniles and found that people sentenced before that ruling had a constitutional right to seek parole.The Buchanan case, documented in an investigation by The Marshall Project and Mother Jones magazine, illustrates what the court meant when it found that it was morally and constitutionally wrong to equate emotionally undeveloped children with adults. It also offers a lesson in how the country went terribly wrong in the early 1990s when it erased some of the legal distinctions between children and adults in the interest of getting “tough on crime.”Mr. Buchanan, who is 39 and an inmate at the infamous Louisiana State Penitentiary at Angola, was just 16 when he was convicted of second-degree murder for throwing just one punch during a street fight, leaving a 12-year-old boy dead. He was sentenced to life without the possibility of parole.”

One day last month, Dannel Malloy, the governor of Connecticut, was sitting with a small group of inmates at a New Haven jail, where he had gone to announce a new job-training program for prisoners nearing their release date.“We’ve got to develop a society that’s a little more forgiving and you’ve got to fly right,” Mr. Malloy said to the men, according to The New Haven Register. Taken together, these two ideas capture the essence of the reformist philosophy Mr. Malloy has brought to Connecticut’s criminal justice system during his five years in office.Under his leadership Connecticut has repealed the death penalty, legalized medical marijuana, and passed some of the strictest gun laws in the country. And over the past 12 months, the state has become a remarkably productive laboratory for justice reform as Mr. Malloy continues to push for government transparency, societal mercy and individual responsibility.

A critical fix Congress could make right now would be to change the law so that a person’s sentence is determined by his role in a drug operation, and not by the entire amount of drugs found in that operation, which is a poor measure of culpability.

One version of the sentencing reform legislation, introduced in the House by Jim Sensenbrenner, Republican of Wisconsin, and Robert Scott, Democrat of Virginia, would have addressed this issue squarely by applying many mandatory minimum sentences only to the leaders of a drug organization. But that smart idea was heavily watered down in the bills passed by the Senate and House Judiciary Committees in recent days. Congress should resurrect this sensible provision, which would go a long way toward bringing some basic fairness and rationality back into the nation’s horribly skewed drug laws.”

Making a real dent in the federal prison population will require broader reforms than what Congress is currently considering.

“After two decades of researching mass incarceration — and advocating for its demise — I decided in 2005 to take more direct action and accepted a job running corrections departments, first in Washington, D.C., then in New York City. It was a rude awakening.The juvenile corrections department in Washington had about 1,000 clients, about 200 of whom were confined to a detention facility, and a staff of 800. For the previous 19 years, the department had been under a court order for unconstitutional conditions; I was the 20th leader in that time. In the year prior, two scathing reports, one by the district’s inspector general and another from plaintiffs’ experts, detailed appalling conditions: Beatings of children in custody were commonplace, inmates stuffed clothing around the toilets to keep out rats and cockroaches, young people were locked up for so long that they often defecated or urinated in their cells. Youths who came in clean tested positive for marijuana after 30 days of confinement, suggesting that it was easier to score drugs in my facility than on the streets of the District of Columbia.”

by Vincent Schiraldi, who is a senior research fellow at the Harvard Kennedy School’s Program in Criminal Justice.

Source: What Mass Incarceration Looks Like for Juveniles – The New York Times

Bravo NY Times for a fine editorial.
All these suggestions are excellent. I would like the country to go farther, and at least decriminalize, if not legalize all addictive substances. Besides getting petty user and dealer out of jail, and keeping them from jail in the first place, it would stop the destabilization of governments around the world because of the power of narco gangsters, whose financial and military power allow them to destroy police forces and governments.
The US would still want a Marshall plan to offer help to legal addicts, programs, jobs, medical help, but all these investments would be far less than the 50 billion or whatever it is we spend on the drug wars every year, that is just money down the drain.The only incarcerable offence I would leave from non-violent drug users and dealers, would be if a legal addict encourabed or helped an non addict to become one. Pushing the addictive substances on any non addict would be punishable.

Why the Police Want Prison Reform
Alternatives to arrests and overly severe sentences can reduce crime and restore better relations between law enforcement and local communities.
nytimes.com|By THE EDITORIAL BOARD

David Brooks concludes: Finally, recategorizing a problem doesn’t solve it. In the 1970s, we let a lot of people out of mental institutions. Over the next decades we put a lot of people into prisons. But the share of people kept out of circulation has been strangely continuous. In the real world, crime, lack of education, mental health issues, family breakdown and economic hopelessness are all intertwined.Changing prosecutor behavior might be a start. Lifting the spirits of inmates, as described in the outstanding Atlantic online video “Angola for Life,” can also help. But the fundamental situation won’t be altered without a comprehensive surge, unless we flood the zone with economic, familial, psychological and social repair.’

Putting people in jail too quickly is an epidemic in this country. These young people need supervision and observation, but they do not necessarily need either jail time, or any punishment that prevents them to move back towards participating in the US society.
Somehow, we need to use a category like probation, especially for young people who make poor choices. Young people should be allowed and encouraged to serve their probations while continuing their higher education. In this instance, removing their passports, and if deemed necessary, applying ankle gps bracelets, and mandated counseling should be enough.
If we throw such people in jail, with their futures here destroyed, we are guaranteeing ISIS terrorists in the future.

Disbelief in Mississippi at How Far ISIS’ Message Can Travel
The arrests of a young couple suspected of trying to travel from Mississippi to Syria to join the Islamic State have confounded their friends and neighbors.
nytimes.com|By Richard Fausset

Push to Scale Back Sentencing Laws Gains Momentum
After years of resistance, Congress seems poised to revise federal policy that has greatly expanded the number of Americans who are incarcerated.
nytimes.com|By JENNIFER STEINHAUER

Great article on Obama’s prison reform initiative by Peter Baker, who reports: “More than 2.2 million Americans are behind bars, and one study found that the size of the state and federal prison population is seven times what it was 40 years ago. Although the United States makes up less than 5 percent of the world’s population, it has more than 20 percent of its prison population.

This has disproportionately affected young Hispanic and African-American men. And many more have been released but have convictions on their records that make it hard to find jobs or to vote.”

Obama, in Oklahoma, Will Focus on Overhaul of Criminal Justice System
With 18 months left in office, the president has embarked on a new effort to reduce sentences for nonviolent offenders and to revamp prison life.
nytimes.com|By PETER BAKER

“For the same conduct, we impose sentences on average twice as long as those the British impose, four times longer than the Dutch, and five to 10 times longer than the French. One of every nine people in prison in the United States is serving a life sentence. And some states have also radically restricted parole at the back end. As a result, many inmates are held long past the time they might pose any threat to public safety.

Offenders “age out” of crime — so the 25-year-old who commits an armed robbery generally poses much less risk to public safety by the age of 35 or 40. Yet nearly 250,000 inmates today are over 50. Every year we keep older offenders in prison produces diminishing returns for public safety. For years, states have been radically restricting parole; we need to make it more readily available. And by eliminating unnecessary parole conditions for low-risk offenders, we can conserve resources to provide appropriate community-based programming and supervision to higher-risk parolees.”

How to Lock Up Fewer People
Everyone agrees on ending mass incarceration, but the scale of the task is huge.
nytimes.com|By Marc Mauer and David Cole