“. . . . In order to push her proposals through Capitol Hill, Ms. Harris called for another signature proposal of Mr. Inslee’s: ending the Senate filibuster, a century-old legislative institution, in order to overcome Republican opposition and push through new climate change laws.

Mr. Obama also sought to enact a sweeping climate bill that would have effectively placed a tax on carbon pollution, but it failed even when both chambers of Congress were controlled by Democrats because it could not overcome the 60-vote threshold required by the Senate’s filibuster rule in order to advance a bill through the chamber.

Mr. Inslee has called for abolishing the Senate filibuster — a move that would transform the way laws are made in the United States. Most of the presidential candidates have avoided calling for such a move, but analysts say that without it, their bold climate change plans — especially their calls for lavish spending — will remain unrealized. 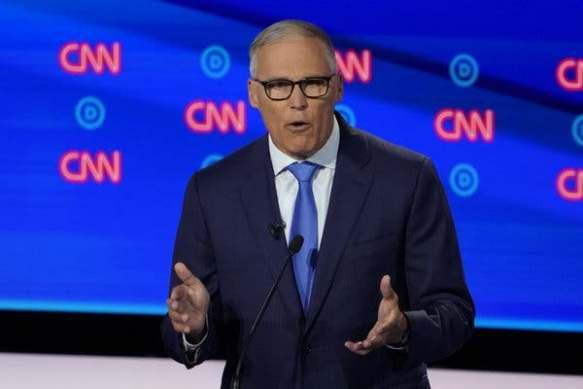 But abolishing the filibuster could also make laws vulnerable to quickly being undone by a new Senate majority, leading to an unstable whipsaw effect as laws are signed by one president and quickly undone by another.

Mr. Sanders acknowledged the political hurdle of pushing aggressive climate change policy through the Senate, but has not backed eliminating the filibuster. Instead, he proposed pushing climate change policy into must-pass budget legislation, which under Senate rules requires a simple 51-vote majority to pass.