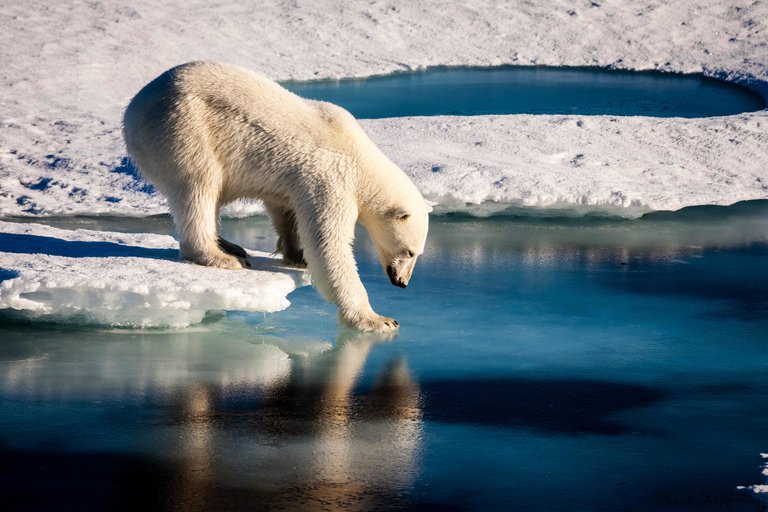 “There is no ice where there is almost always ice,” The Washington Post’s weather experts tweeted yesterday, referring to an area north of Greenland.

Lars Kaleschke, a German physicist, explained: “There is open water north of Greenland where the thickest sea ice of the Arctic used to be. It is not refreezing quickly because air temperatures are above” freezing.

How different are this year’s temperatures? “In 2018, there have already been 61 hours above freezing at Cape Morris Jesup, Greenland,” writes Robert Rhode, a climate scientist. “The previous record was 16 hours before the end of April in 2011.”

This is scary stuff.

Something different. How did a decorated sportswriter end up as a blogger for a high-school basketball team in Morton, Ill.? The answer is in the best story I read yesterday.

via ‘There Is No Ice’ – The New York Times